This game could be a very big one in the promotion mix. Who will come out on top? Find out with our Blackburn vs Bournemouth match preview with free tips, predictions and odds mentioned along the way.

Blackburn to take something from the game

Bournemouth arrive in this game as favourites but on recent form, we just don't see how the bookies can back them quite so strongly. For that reason, we're backing Blackburn with the double chance placed on the ‘1X' option. Rovers have not been perfect of late but have lost just three of their last 10 home matches. Bournemouth meanwhile have now just won one of their last six games – albeit they've drawn four of those other five. The other factor to consider here is the head to head record and Blackburn beat Bournemouth on their own patch earlier this season.

Neither of these teams have been in barnstorming form of late but recent outings have seen them hit the net with supreme ease and, as such, we see both Blackburn and Bournemouth scoring here. Blackburn hit four past Preston last time out whilst Bournemouth were involved in an entertaining 3-3 draw with Swansea on Tuesday evening, which shows both the best and worst of their displays of late. Three of the last five meetings between these two at Ewood Park have seen goals at both ends too.

Here are the key stats & form guide for Blackburn vs Bournemouth

Blackburn vs Bournemouth: Let's look at the predicted lineups

Make no mistake about it, promotion is the aim for both of these teams right now and that makes this an extremely interesting game. Bournemouth remain in second place but are yet to firm up their seat at the top table whilst Blackburn are within striking distance of sixth place. Neither can afford much of a slip up.

Blackburn could well make the playoffs but, realistically, they'll need to win their last two games in order to have a chance of doing so. Bournemouth isn't an easy place to start but after a period of poor results without their talisman, Ben Brereton Diaz, they have to do it the hard way. Diaz will be starting in this game though and, with him in the team, they have more than half a chance.

Bournemouth look like a side struggling to handle the pressure right now. For so long it looked like the top two was going to be a breeze for them but they're now looking over their shoulders at Nottingham Forest knowing that one defeat could leave them open to a third place finish; that would be a disaster. The only way to avoid that is to take start winning again.

A quickfire FAQ on Blackburn vs Bournemouth 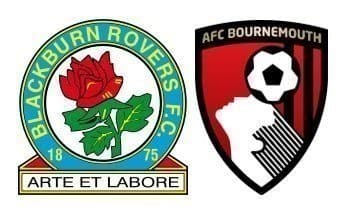