Bournemouth were embarrassed over the weekend as non-league Boreham Wood knocked them out of the FA Cup. Can they bounce back here with a win over Birmingham? Find out with our Bournemouth vs Birmingham match preview with free tips, predictions and odds mentioned along the way.

Bournemouth to bounce back

Yes, Bournemouth lost to Boreham Wood at the weekend but don't read too much into that; they'd made a few changes and, with the magic of the FA Cup, it can happen. We fully expect them to bounce back here. The loss to Boreham Wood could be the catalyst to kick the Cherries back into form; they have now lost three of their last four but the quality in their side is undoubted. Birmingham aren't exactly world beaters either. They've only won one of their last 10 games and their head to head record is woeful; they've lost their last eight meetings with Bournemouth.

Both sides will bag

Our final prediction is that both teams will score here. Bournemouth have seen both sides score in two of their last five matches whilst Birmingham have been consistent in the both teams to score market; each of their last six games have seen goals at both ends. Further more, the head to head record looks pretty reliable for this bet too. Five of the last six head to head matches have seen both Bournemouth and Birmingham bag goals.

Check out the key stats & form for Bournemouth vs Birmingham

Bournemouth were beaten by a side ranked well below them at the weekend but you can expect their XI to look very different here. Despite their form, a win here would put them bang on course for automatic promotion.

Birmingham may have won just one of their last 10 games but they've picked up draws along the way, which has edged them clear of any real danger. They are now three games without a win though and they'll want to change that sooner rather than later to ensure things don't get nervy.

A brief FAQ ahead of Bournemouth vs Birmingham 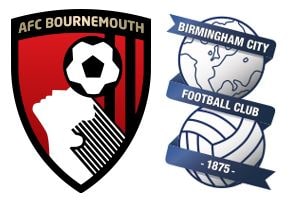