Bournemouth and Barnsley both changed managers in the summer but neither are exactly flying. Who will come out on top when they meet? Find out with our Bournemouth vs Barnsley match preview with free tips, predictions and odds mentioned along the way.

Bournemouth come into this match rated as pretty strong favourites by most bookmakers. That's not how we see the action unfolding though; we think Barnsley will leave with a point. Okay he reason for this is fairly simple; Bournemouth have won two league games this season but none of them have come at home. Barnsley meanwhile are yet to lose an away league game. They've not had an easy start on the road either having taken a point off both QPR and Cardiff. On top of that, Bournemouth and Barnsley have drawn back to back away league matches too.

A good game for the neutrals

We'll be honest, the total goals market of over/under 2.5 goals could be argued either way in this match. We've opted for over as feels the odds offer better value. Barnsley's recent form is the biggest argument against our tip with just one of their last five matches exceeding the all important 2.5 cut off. Bournemouth have passed it three times in their past five; their game average is 3.0 goals per game. The real swinger in our thinking is the head to head form; both meetings last year saw a minimum of four goals.

The struggles Dominic Solanke suffered in the Premier League are well behind him; now he's the man that is tasked with firing Bournemouth back to the big time. He's making a decent go of it too. Last season he hit 15 league goals. A good pre season followed and now he sits with three goals in his last three matches. The last time he played at home he bagged a brace. It's safe to say he'll be confident of scoring again when Barnsley come to town; he netted in both meetings last season.

The best odds for Bournemouth vs Barnsley

A good game that ends all square

Bournemouth appointed Scott Parker in the summer with the sole intention of winning promotion. It's an appointment that looks to be working at the moment with the Cherries unbeaten after five games. They're not winning every week though and they could do with shoring things up at the back; they've thrown away four points from winning positions already this season. Their back four had an average age of under 23 last time out; Gary Cahill could come into Parker's thinking for this game though.

Barnsley's season hasn't started as they would have wanted after reaching the playoffs last season. They're not struggling with throwing leads away though; instead putting the ball in the net is looking tough with four goals scored in their past five. Alex Mowatt and Conor Chaplin were notable losses in the summer; you wonder if Devante Cole – who averaged a goal involvement every 126 minutes for Motherwell last season – will get a start sooner rather than later.

FAQ on Bournemouth vs Barnsley 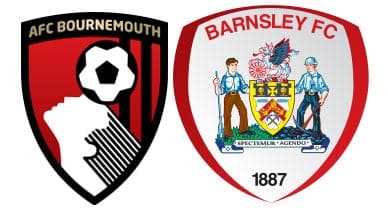