Heading into this game there is little between the two teams in the qualification group. Both need a win though if they want to reach the Finals; will either get it? Find out with our Bosnia-Herzegovina vs Finland match preview with free tips, predictions and odds mentioned along the way.

Bosnia-Herzegovina vs Finland: Our top tips

Match to end all square

There is very little between these sides both in the qualification group and in respect of head to head history. In the group, Finland hold a one point edge but the head to head record reads as one draw and one win apiece from three meetings since the 2018 World Cup took place. The form book of both sides hardly helps us nail down a winner either; Bosnia have drawn three, lost one and won one of their last five at home whilst Finland have an away record of two wins and three defeats. With no clear form and a pretty tightly competed history, we're sitting on the fence. Draw.

Forget who wins and who loses, what we can bank on is that one of these teams will probably fail to score in the game. Four of Bosnia and Herzegovina's last five home matches have seen at least one team blank – with two games ending goalless – and Finland's last four road matches have all seen a ‘nil' in them too. Two of the last four meetings between these nations have seen blanks fired too. A prediction of both teams to score ‘no' looks to be where the value is.

Our final prediction is one the total goals market and we're backing under 2.5 goals. It's perhaps not a big shock given the fact we've expressed we fancy a tight game with at least one side blanking in our previous tips. Why under 2.5 though? Well, the last five games Bosnia and Herzegovina have played in have seen that mark exceeded just once. That's also true of Finland with four of their last five games coming in short of 2.5 goals.

Find the best odds for Bosnia-Herzegovina vs Finland

As qualification for the World Cup Finals goes, Finland hold an edge over their hosts largely owing to two wins over Kazakhstan. They do carry a threat through Joel Pohjanpalo and Teemu Pukki but Bosnia and Herzegovina won't be pushovers. A midfield duo of Miralem Pjanic and Rade Krunic will be key as to how the game goes whilst Eden Dzeko knows where the goal is. Both teams need a win to keep the pressure  on the top two in the group; it will come down to who shows most bravery.

FAQ on Bosnia-Herzegovina vs Finland 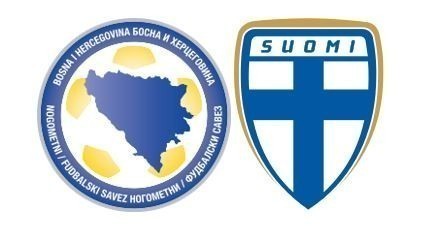