Furth will fly to Borussia Park in search of the first win of Bundesliga for their next engagement against Borussia Monchengladbach. The hosts hold the streak of three unbeaten games.

Here are our predictions for Borussia Monchengladbach vs Furth.

Monchengladbach has been admirable in the recent matches as they conceded only one defeat in the last seven games. The Prussians enter this game on the back of two wins and the last match draw. But their upcoming rivals are clearly opposite to their rivals as they hold a long run of defeats and are yet to win in Bundesliga. Looking back at the teams’ H2Hs, three of the last four duels have featured Monchengladbach on the winning side. So all the mentioned facts support the hosting side being able to take the lead in this match.

As for their final results, Furth’s scoring tendency has also failed in this season and they haven’t scored more than one goal in any of the 2021/22 Bundesliga. Cloverleaves have hit the back of the net four times in the last five games. Monchengladbach have nine goals in the same course but five of them were in a single match. Given all this, a low-scoring output would be our second pick for the match which is the same we witnessed in the last three H2Hs.

All of the last three duels have ended with clean sheets and Monchengladbach claimed two of them. Both teams have scored in four of the last five matches but the Prussians’ front line has been excellent in their home ground and has scored in all of the home league matches this season. They also have claimed one clean sheet in the last five games. So the hosts are expected to follow their trend but it looks unlikely for the visitors to score a goal in this game.

Borussia Monchengladbach vs Furth: Check out the best odds and the latest stats

The Prussians lost their lead of one goal in the second half and ended the game with a draw of 1-1 in their last match. Monchengladbach holds the streak of eight unbeaten matches in their home stadium and are likely to extend that. The team is currently in ninth place with 15 points. The manager Adi Hutter will have six fitness concerns in the team coming into this game.

Cloverleaves are the modest team of 2021/22 Bundesliga so far that have lost ten out of their 11 league games and drew the remaining one. They faced a dramatic defeat in their last match where they conceded the goal in stoppage time and lost 1-2. The club boss Stefan Leitl will have six players on the injury list that will miss out on the game.

Questions About Borussia Monchengladbach vs Furth 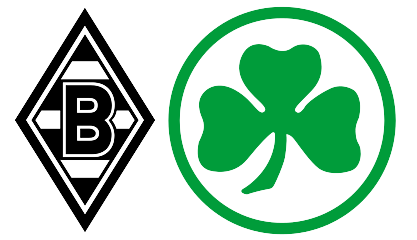 Who won the last h2h? 0-2 in favour of Borussia Monchengladbach.

Where is the game being played? Borussia-Park (Mönchengladbach).