Apart from, maybe Hamilton Academical, there are few names in football which trip off the tongue quite like Borussia Monchengladbach. The difference is one is a side who have spent most of their 142 year history in the shadows of their neighbours in nearby Glasgow, while the other is a former giant of the game who look to be waking from their slumber once again.

These days the domestic dominance of FC Bayern is taken for granted, while just mentioning the name Borussia will no doubt conjure up images of the other team who play at the Westfalenstadion in front of the “Yellow Wall.” However, some four decades ago the German footballing landscape was very different and Bayern were far from being the only sheriff in town thanks to North Rhine-Westphalia club Gladbach.

Founded at the beginning of the 20th century Borussia VfL1900 Monchengladbach quickly climbed the German football league ladder, being promoted to the Bundesliga in 1966. An glorious period of success then followed as they reached the pinnacle of the German game and competing with rivals Bayern Munich for domestic honours in the 1970s. They also challenged Europe’s elite in the European cup on a number of occasions in what truly was a golden age for the club.

In fact, between 1970 and 1980 the German championship was contested exclusively between Bayern and Borussia on nine different occasions with Die Fohlen, as they were known thanks to their brand of offensive football, winning the Bundesliga title five times to FC Bayern’s four.

There was even an air of dominance about Gladbach during this period as they also managed to equal Bayern’s achievement of winning three titles in a row, completing the incredible hat-trick between 1974 and 1977 in what would ultimately be the last of five titles in the decade.

Guided by coach Hennes Weisweiler, an exciting and attack-minded Gladbach side won many fans with their entertaining style of play that earned respect, not just from those in the Rhine valley, or even across Germany for that matter, but throughout the continent too thanks to a number of high-profile campaigns cemented their name into folklore – especially for fans of a certain vintage.

They were defeated by Liverpool in the European Cup final of 1977 but UEFA Cup wins in 1975 and 1979, while also losing on two other finals in the 1973 and 1980 meant they had more than held their own among Europe's elite and there appeared no reason why the team from an unfashionable town in Germany’s industrial heartland couldn’t maintain the position they had forged for themselves. 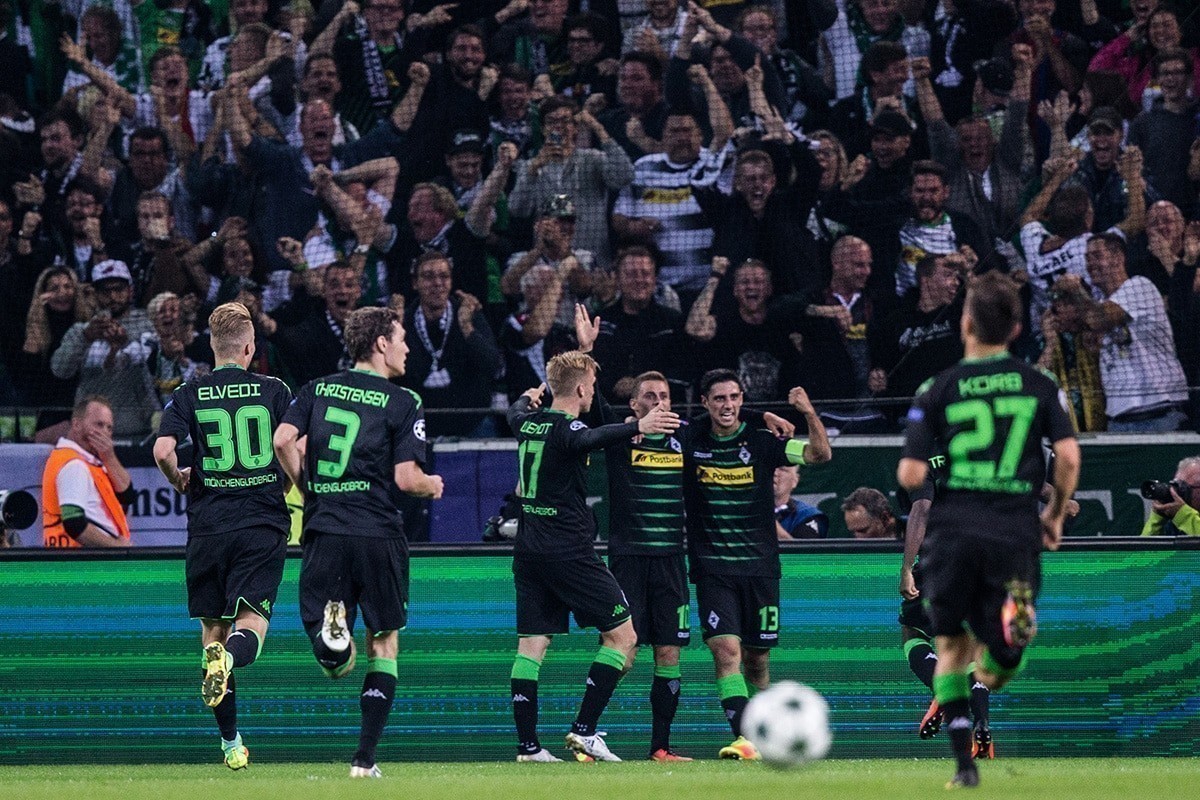 But as the 1970s came to a close and out went flared jeans, tank-tops and the Bay City Rollers, Borussia Monchengladbach’s fortunes faded too. A combination of poor investment and a number of key players leaving the club meant that as the new decade dawned a period of uncertainty appeared to be just over the horizon.

Capitulation wasn’t immediate though and things could have been so different but for an incredibly tight four-way battle for the Bundesliga title in the 1983/84 season. Borussia would ultimately miss out on goal difference in what was to be something of a last hurrah as the club’s destiny took a worrying turn for the worse.

When Gladbach missed out in the final of the DFB-Pokal final to Bayern Munich on penalties that same season, Lothar Matthäus and Norbert Ringels both missed from the spot after the game originally ended all square at 1–1. Matthäus subsequently joined Bayern – some fanseven questioned whether he had deliberately missed his penalty in order to instigate the move.

The departure of players such as former Germany captain Matthäus wasn’t just a body blow for an organisation that prided themselves in bringing through home-grown talent, it also signalled a sea-change at a club who had more than held their own in Germany’s top flight.

The team's performance continued to nose-dive spectacularly heading into the 1990s and Die Fohlen soon found themselves struggling in the lower half of the Bundesliga table. They lost another cup final on penalties – this time to Hannover — before winning DFB-Pokal in 1995, their most recent trophy to date, thanks to a 3–0 win over Wolfsburg; but it was merely a stay of execution and in 1999 Gladbach were relegated to Germany’s second tier.

The Foals were about ready for the knacker’s yard and had gone from one of the top clubs in Germany to facing second rate opposition in less than two decades and the only light at the end of the tunnel appeared to be an on-rushing freight train heading straight towards them. 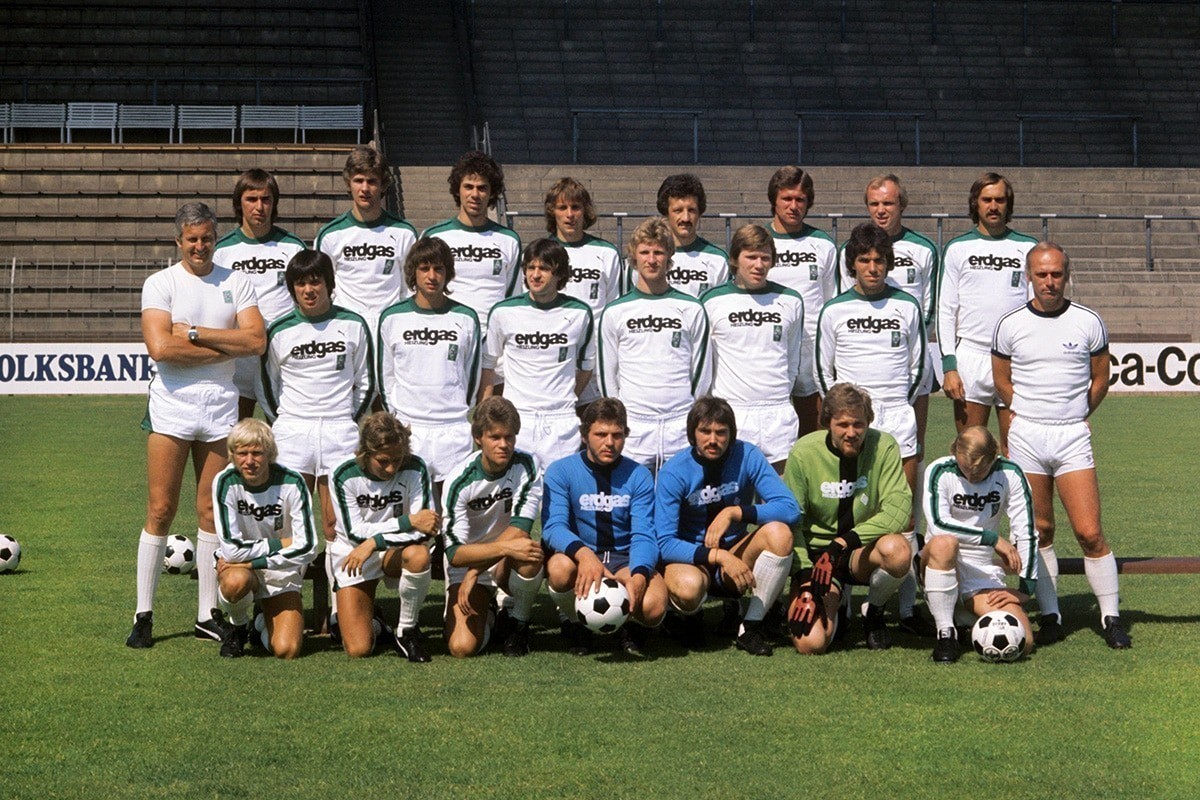 Recovery would be swift yet short-lived when promotion in 2001 saw the club return to what they felt was their rightful place at Germany’s top table, but the club was far from stable. Even the high-profile appointments of Dick Advocaat, Horst Köppel and Jupp Heynckes failed to deliver as once again they fell through the trap-door following another relegation in 2007.

These days it’s hard to imagine this progressive and well-supported side, who boast over 60,000 members being in such a predicament, but then again you could say the same about Manchester United who were nearly relegated in 1990 and neighbours Manchester City who sank to the depths of England’s third division not that long ago.

So as Gladbach sit in a healthy position once again, boasting the fifth biggest fan base in the country and playing at the new Borussia Park, which was opened in 2004, it’s worth looking at how this transition came about.

Much of the credit for this remarkable turnaround has to go to the brilliant Lucien Favre, whose smart use of the transfer market and intelligent recruitment has brought about a complete overhaul of an organisation which was on its knees less than a decade ago.

Favre was handed the manager’s job in 2011 with the club sitting bottom of the league with only 16 points from 22 games and seven points from safety. He brought about an immediate improvement in form and although the club still struggled, they eventually managed a narrow win against VfL Bochum in a relegation play-off to secure their place in the Bundesliga for another season.

In the season that followed they would surpass all expectations by securing fourth place and therefore a much sought after place in the UEFA Champions League and despite losing key players like Dante and Marcus Reus maintained a healthy position in the Bundesliga. 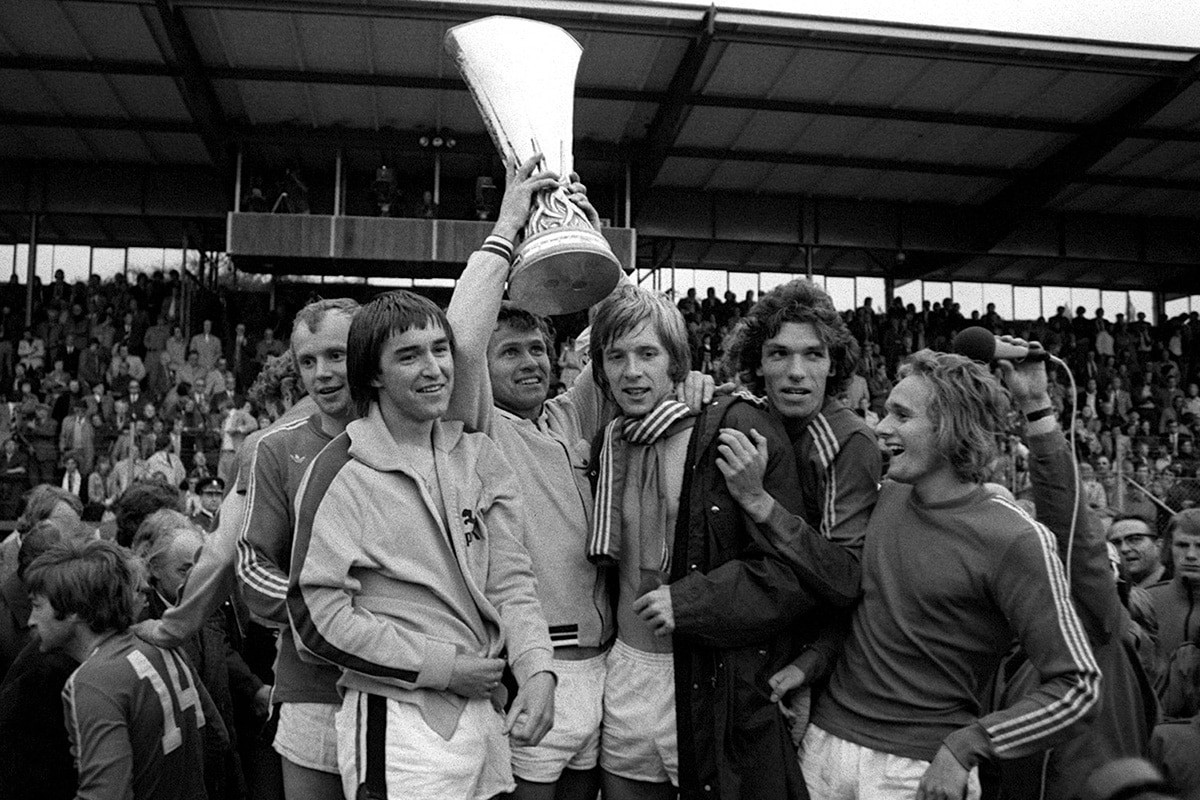 The 2014/15 Bundesliga season was by Favre's most successful to date, with Gladbach finishing in third place and again qualifying for the UEFA Champions League thanks to an attacking style of play that saw them record several notable victories against some of the league’s most formidable outfits, bringing memories of years gone by flooding back.

But as history has proven, when things appear to be going oh-so-well for Gladbach there always seems to be something just around the corner that brings them crashing down to earth once again, or as Tommy Docherty once famously said, “When one door closes another slams in your face.” This was again the case at the beginning of the 2015/16 season.

After losing their first five league games of the campaign Borussia were in turmoil once again, the wheels looked to be falling off and many feared they were hurtling downhill once more. Favre surprisingly offered his resignation and to everyone's astonishment it was accepted; a major shock when it seemed the club were at least some of the way towards revisiting the glory days of four decades ago.

During his time at Gladbach, Favre had taken Gladbach from relegation favourites to the pinnacle of European football with qualification to the Champions League, but he had run his course and the responsibility for continuing the rebuilding project for a team who have had more come-backs than Frank Sinatra would be handed on to someone else. 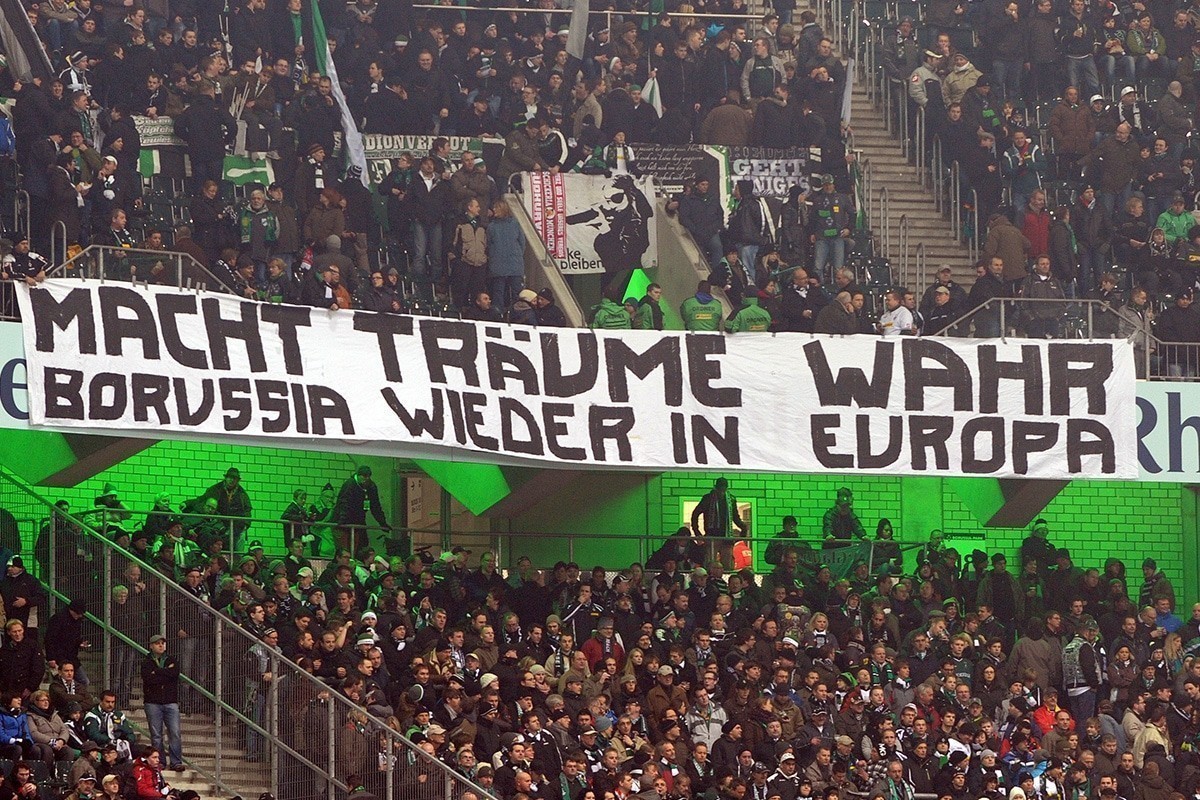 That man would be André Schubert. Schubert’s impact was immediate and he soon propelled them up the table thanks to winning his first six games in a row and eventually gaining Champions League qualification, though it’s fair to say that he was only reaping what his predecessor had sewn.

The club’s current wage bill is believed to stand at just £28 million a year and with clever reinvestment of money generated by the sale of ‘keeper Marc-André ter Stegen to Barcelona, for example, it’s unlikely that the financial problems that had dogged the club in the 1990s will return anytime soon.

When it comes to short term goals, stability would probably be top of their list; but as we know, Gladbach don’t tend to do things by half.  Recent seasons have once again seen mixed fortunes as mediocre Bundesliga campaigns have been something of the norm along with a number of all too brief Champions League appearances.

Realists would say that resisting the overtures of the continent’s top sides while establishing themselves as perennial participants in the Champions League would be an achievement in itself, whereas fans who were around 40 years ago could be forgiven for urging their team to aim for the stars with a young and dynamic side. What is for certain is that whatever path Borussia Monchengladbach do take, the journey will be far from dull.