Bundesliga champions Bayern Munich takes on the challenge of Borussia Mönchengladbach to kickstart the 2021/22 campaign with a visit to Borussia Park. It will be an interesting fixture as both sides will be led by new managers.

The last time Bayern Munich visited Borussia Park, they suffered a 3-2 defeat. That loss was avenged in the return fixture at Allianz Arena where Die Roten came out 6-0 victors. However, in preseason meetings, Borussia Monchengladbach again dealt a blow to the champions, defeating Julien Nagelsmann's charges 0-2. The new manager would have formulated his strategy for Die Roten by now and we expect him to secure the points on offer. Bayern Munich are unbeaten in nine consecutive opening league games and should add to their tally in this fixture.

Both Borussia Monchengladbach and Bayern Munich have depleted squads. The visitors felt the brunt of this, conceding goals with aplomb. The Foals were not sturdy themselves and were prone to lapses in concentration. With just three of their last nine meetings failing to see both sides on the scoreboard, we expect this meeting to follow the norm.

Borussia M'gladbach vs Bayern Munich: Check out the best odds and the latest stats

Unveiling of managers at the Borussia Park

The managerial merry go round has brought Germany's top young coach in the most coveted position in the Bundesliga. Julien Nagelsmann will lead Bayern Munich in his first official match against Borussia Monchengladbach. The Foals ruined the party for the champions in their preseason meeting and revenge will be on the cards for Bayern Munich.

It will not be easy for Borussia Monchengladbach in Adi Hutter's first Bundesliga match in-charge. The Foals struggled to get past Kaiserslautern in their DFB Pokal outing. In the end, a Lars Stindl strike was enough to get them across the line. With Bayern Munich winning the last exchange 6-0 and Robert Lewandowski back in action, the match can take any direction. 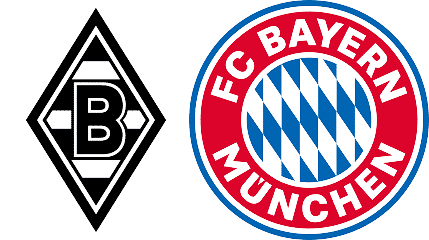 Where is the game being played? Borussia-Park.