On paper, Wimbledon win this match at a canter. Of course, football isn't played on paper so we have to ask can Boreham Wood cause an upset? Find out with our Boreham Wood vs Wimbledon match preview with free tips, predictions and odds mentioned along the way.

Wimbledon's quality to shine through

Boreham Wood are going much stronger in the National League than Wimbledon are in League One but, despite that, we have this down as an away win. Wimbledon aren't exactly flying but they've only lost one match in five with a couple of wins in that time too so their confidence isn't exactly on the floor. With that, and the fact that they're not afraid of the physical scrap that is likely to come in a FA Cup battle, we think their quality will eventually shine through despite the hosts being on a really good run of form of late.

Although we've backed Wimbledon to win this match we still fancy Boreham Wood to give their fans something to shout about in the shape of a goal – or two. The National League side have netted in nine of their last 10 games so do know where they net is. Of course, we also see Wimbledon getting amongst the goals too as they've netted in seven of their past 10 matches – and all of those goals will have come against better quality opposition than Boreham Wood.

Check out the key stats & form for Boreham Wood vs Wimbledon

This match might lack the glamour that Boreham Wood had hoped for after making it to the third round of the FA Cup but, if Wimbledon do make a host of changes, they'll run a serious risk of being eliminated because Boreham Wood will pose them some problems.

Boreham Wood have done extremely well to make it this far in the competition and whilst they'll have been hoping for a bigger tie, they'll still go at this with everything they've got.

Wimbledon will see this match as a real opportunity to make it to the fourth round of the FA Cup where a potential match against a real big boy could await. It would give their fans something to cheer in a season that looks like being rather drab.

A brief FAQ ahead of Boreham Wood vs Wimbledon 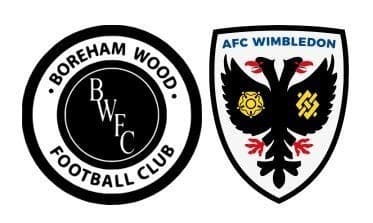