A Stade Matmut-Atlantique clash between a top-four contender and relegation-threatened teams will attract disgruntled fans. Pressure continues to mount on Vladimir Petkovic after overseeing the club record one of the most embarrassing defeats in history over the weekend. Read on to find out what will happen in this encounter.

Our super predictions for Bordeaux vs Strasbourg

The ground is set for Strasbourg to return to European competitions come next season. They are sitting fourth in the table- four points behind second-place Nice. Bordeaux is languishing in the relegation zone with no hope of getting out any time soon. Here are our top predictions for the game:

Strasbourg won four of their last five Ligue 1 matches coming to this fixture. During this time, they even got a resounding win against the current position two in the league. The host on the other hand is yet to record a single win from the last five games coming into this game. The hosts have been outscored by their competitors in recent home games. Strasbourg has emerged victorious on six occasions in this fixture from the last eight attempts in the league. We anticipate a straightforward win for the visitors because confidence is at a record low in the hosts' camp coming into this fixture.

Four of Bordeaux’s last five games saw over 2.5 goals. This high number of goals is attributable to the host’s ability to score goals in front of their fans. They have scored against all of the last five teams to visit them bar one. Even the current run-away Ligue 1 pacesetters did not stop them from scoring goals. Moreover, their weakness is at the back-they have not kept a clean sheet in their last five Ligue 1 games before this game. The visitors on the other hand scored at least two goals in four of their last five away Ligue 1 games.

We have put together the best odds for Bordeaux vs Strasbourg in the tables below.

Match preview for Bordeaux vs Strasbourg, Lineups and Team News

Bordeaux welcomes Strasbourg hoping to turn things around with seventeen games remaining for the curtain to fall on Ligue 1 this season. The visitors are aware that the difference between positions seven and three is four points. This game will be a must-win for both teams. Given the current visitor's form, we expect that they are going to receive another dent in their image when they face the rampant Strasbourg.

The visiting manager boasts one win against his matchday host in the only previous encounter between the two tacticians. Moreover, Strasbourg recorded 10W in the last 20 meetings while Bordeaux had 5W. There were 5D within that duration.

Here are the predicted lineups for this game:

FAQs about Bordeaux vs Strasbourg 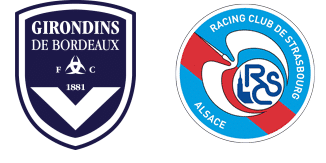 What will be the venue for Bordeaux vs. Strasbourg?

Who will be the match center referee for Bordeaux vs. Strasbourg?

Which team won the reverse fixture for Bordeaux vs. Strasbourg?

Strasbourg won the match with a 5-2 aggregate.