Bordeaux welcome Reims for the 12th game of the season. These teams sit above the relegation playoff spot, albeit, Reims is three points ahead of the hosts. Bordeaux are three points clear of the playoff spot but can they build on their back to back draws before this game? Find out more in this match preview.

Bordeaux is winless in five games after recording 4W and 1L. On the other hand, Reims has 1W, 1D and 3L in as many matches. These teams lock horns in a fixture that will further shape their standing in Ligue 1 this weekend. The best Bordeaux vs Reims predictions by Football Whispers:

The hosts to score first

We are giving Bordeaux a narrow edge to score the first goal on the match in this fixture even though they haven’t performed well defensively. After a 3-0 loss to Monaco, Bordeaux recorded back to back draws of 1-1 in their last two matches against Lorient and Nantes. On the other hand, Reims has 1D of 1-1 and a loss of 2-1 to promoted side, Troyes. The visitors recorded these results on the back of a 2-0 loss to Lens. We think Bordeaux will build on their momentum to get the desired result in this fixture.

Our second prediction for Bordeaux vs Reims backs fewer than three goals. The hosts have improved defensively after a poor start to the new season. Also, noting that these teams average 1.18 goals and 1.09 goals in 11 games played so far, we don’t expect a high scoring match.

The hosts to win or draw

We are settling on a draw or win for the hosts as our third prediction for Bordeaux vs Reims. After back to back draws on home soil, Bordeaux stands a better chance of winning against an equally struggling side. Reims recorded 1D and 2L in the last three away games.  The visitors have had only one win on the road in six trips while Bordeaux looks to get their first home victory. We think the hosts will not waste the opportunity to get the first home victory this season in front of fans.

The 2021/11 French Ligue 1 season hasn’t started well for Bordeaux and Angers. These teams are ranked 17th and 16th respectively on Ligue 1 table, positions that put both sides under pressure with 11 games played. The hosts have leaked 22 goals while Reims has conceded 13 in eleven games. Moreover, the hosts have scored 13 goals while Reims has 12 games in as many matches.  Last season, these teams bagged 1W against each other in two encounters. Notably, all the victories were away from home. Reims has made six trips to Bordeaux in previous encounters, winning three of them. For Bordeaux, defeating Reims at home for the first time is top of the agenda for head coach, Vladimir Petkovic. 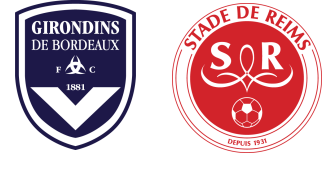 Where is the venue for Bordeaux vs Reims?

How did these teams perform against each other last season?

Both teams won against each other last season and those victories were away from home.