Struggling Bordeaux travels hosts Monaco in the Round 25 of Ligue 1. These team met last in October 2021, a match that Monaco won 3-0. Can the visitors make it six points from Bordeaux this season? Read our game preview and analysis for the best tips for this game.

Monaco has been the dominant side in this encounter, winning three and losing only once to Bordeaux in the last five meetings. A 3-0 victory in the reverse meeting this season further puts Monaco on the front foot in this trip to Bordeaux. Here are our best two predictions for this game:

For the best Bordeaux vs Monaco odds, current form and H2H details check out the tables below.

Bordeaux is the last team on Ligue 1 table currently and with only two wins from 12 home matches, the hosts haven’t impressed at Matmut Atlantique. The hosts have drawn four times and lost six games on home soil, during which they have collected only 10 points from 12 matches.

On the other hand, Monaco sixth on Ligue 1 table and look to break into top five after this game. The visitors are at point-par with fifth placed Rennes, so winning this game will be crucial in their quest to finish in top five at the end February.

Monaco has not done as they would have expected away from home. The visitors have the 11th best away record after getting only three victories in 11 trips. Together with five draws, the visitors have collected 12 points from 11 away games.

Based on these stats, it is clear that both teams struggle to home and away respectively. However, given current situation of both sides, Monaco stand a better chance of winning this game. 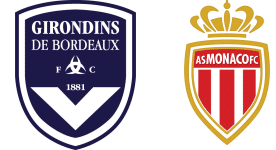 Who is the current top scorer for Bordeaux currently?

Who is Monaco’s current top scorer?

Who will be the matchday referee?