Verona are yet to point a point on the board after two Serie A games and on Monday night they make the trip to Bologna. The hosts followed up their 3-2 win over Salernitana with a creditable goalless draw away at Atalanta, so confidence shouldn't be an issue for the Bologna players.

The hosts haven't lost against Verona since back in 2016, picking up four wins and three draws during that period. Three of those stalemates have arrived in the pair's last four encounters and we're backing Monday's clash to end all square as well.

There is a great chance that we will see goals at both ends of the pitch in this game as both teams have scored in four of the last six meetings between these two clubs. Both teams have also scored in three of the host's last four outings and in three of Verona's last five fixtures.

Over 2.5 goals were scored when Bologna and Verona last met, a game which ended in a 2-2 draw. At least three goals have been scored in four of Bologna's and four of Verona's last five games, so you can see why we're expecting a high-scoring 90-minutes on Monday.

All you need to know ahead of Bologna vs Verona

Can Verona beat Bologna for the first time since 2016?

Bologna have made a positive start to the new season, showing their goalscoring ability against newly-promoted Salernitana and showcasing their defensive strength away at Atalanta. Other than their 0-0 draw with Atalanta, there have been a lot of goals in Bologna's recent matches and not many clean sheets.

Verona have also been involved in a lot of high-scoring matches of late, losing 3-2 in their own backyard against Sassuolo and 3-1 to Inter Milan, but did score three goals without reply at home to Catanzaro in the Coppa Italia before those Serie A defeats. One major concern for the visitors will be their poor record against Bologna but with no points on the board, Verona will be pleased to secure a draw on Monday night.

Bologna: Both Marko Arnautovic and Emanuel Vignato are expected to miss Monday's clash through injury but will return to the Bologna squad very soon.

Verona: The visitors have no fresh injury concerns of suspended players ahead of their trip to Bologna but could miss one of two players due to the FIFA-regulated 5-day isolation period that affects certain internationals that played in high-risk countries in the past fortnight. 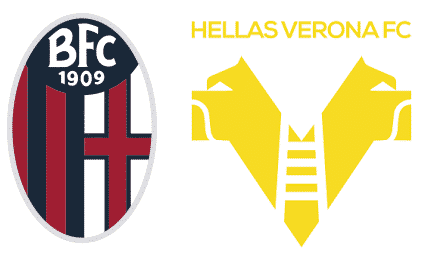