Bologna kick-start the new Serie A season at home to newly-promoted Salernitana, so the home fans will be hopeful that their team can make a winning start. It's been 23-years since Salernitana last graced Serie A and Sunday's guests will only have one goal this season, survival.

Bologna finished in mid-table last season and will be hoping to challenge for a top-half finish in 2022. Having the home advantage and the fans back in the stadium will be a big advantage for Bologna but they will have to respect Salernitana as the visitors will be looking to cause an upset.

We're predicting goals in Sunday's clash as over 2.5 goals have been scored in five of Bologna's last six outings and three of Salernitana's last six fixtures have also witnessed at least three goals being scored. Clean sheets have been hard for both teams to come by during pre-season and we expect both teams to adopt an attacking style of play this weekend.

Both teams have scored in four of the host's last six matches in all competitions, including their last game in Serie A against Juventus. Three of Salernitana's last six matches have also ended with both teams getting on the scoreboard, so you can see just why we're backing goals at both ends of the pitch this Sunday.

All you need to know ahead of Bologna vs Salernitana

Bologna and Ternana produced a 9-goal thriller in the Coppa Italia last week, a game that Bologna lost 5-4. Goals have been a theme of Bologna's pre-season and we are expecting an action-packed 90-minutes on Sunday. the hosts have splashed out on Atalanta forward Musa Barrow this summer and will be hoping that the 22-year-old can score the goals they need to finish in the top-half this season. Marco Arnautovic also joins the club and he adds creativity as well as goals to the forward line.

Salernitana don't have a squad full of household names and we're expecting the newly-promoted club to go through a tough season that could well end in relegation. However, Obi and Bonazzoli have experience at this level and the squad, on the whole, bears a good mix of youth and experience. Scoring goals might not be the visitor's biggest issue this season, but keeping clean sheets could be.

Bologna vs Salernitana – Your Questions 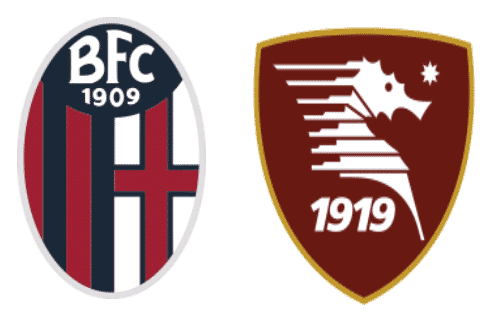