These two sides are level on points in the Serie A table so we're expecting a very close game on Sunday. There have been a lot of draws between Bologna and Fiorentina in recent seasons and we could well have another stalemate on our hands this weekend.

Five of the last six league meetings between Bologna and Fiorentina have ended in stalemates and we're expecting Sunday's clash to end in a draw as well. Both teams have performed to a very similar level so far this season and both side's form has been up and down of late. Fiorentina have struggled on the road lately while Bologna's last few home games have been closely fought, which is another reason we have backed a draw on Sunday.

Under 2.5 goals have been scored in four of the last six meetings between these two clubs and we're not expecting many goals, if any, to be produced this weekend. Fiorentina have failed to score in three of their last four away trips while Bologna will be without their top scorer Arnautovic this weekend due to injury. Four of Bologna's last five fixtures have witnessed fewer than three goals scored and the same can be said for four of Fiorentina's last five away trips.

As far as a final scoreline is concerned, we're backing Sunday's Serie A clash between Bologna and Fiorentina to end goalless. Bologna are without their main striker, Austrian international Arnautovic, who has scored 6-goals in the league alone, while Fiorentina have failed to score in three of their last four away games. Bologna have also managed to keep three clean sheets in their last five matches, two of which were in their own backyard.

Bologna vs Fiorentina – The latest stats and figures

Bologna played host to Roma in midweek and the pair played out a tight and tense 90-minutes. In the end, a solitary first-half effort from Svanberg proved enough for Bologna to claim all 3pts against Mourinho's men. That result keeps Bologna in the top half of the table and just a point away from a top 6 position.

Fiorentina were expected to beat Sampdoria in midweek and that is just what they did, despite going behind in the 15th-minute. Callejon equalised for the hosts in the 23rd-minute and less than 210-minutes later, Vlahovic made it 2-1 to Fiorentina. The home side wrapped up the points before the break with another goal from Sottil. Fiorentina have impressed at time this season and certainly could challenge for the European places if they away form does improve.

Bologna: Arnautovic, Schouten and Michael are the main injury concerns for the hosts this weekend.

Fiorentina: Nastasic and Pulgar could miss the trip to Bologna through injury. 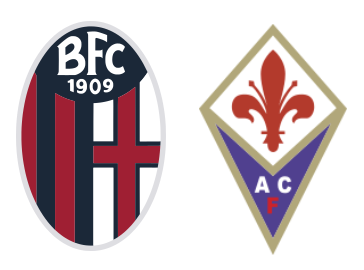