AC Milan remain 2nd in the Serie A table but face a tricky trip to Bologna this weekend. The hosts beat Lazio in their last home game, while AC Milan had a midweek trip to Portugal to face Porto in the Champions League and may have to rotate their starting eleven this weekend.

Here are our predictions for Bologna vs AC Milan.

We're expecting goals in this game as four of the last five meetings between these two clubs in Serie A have produced over 2.5 goals. Four of Bologna's last five league games have also witnessed at least three goals scored and over 2.5 goals have been produced in four of AC Milan's last five matches in all competitions.

Both teams have scored in four of the last five encounters between Bologna and AC Milan in Serie A and we're backing both teams to find the back of the net on Saturday as well. Four of Bologna's last five outings have seen both teams score, while goals have been scored at both ends of the pitch in four of AC Milan's last five fixtures.

Bologna might not have the best of records against AC Milan, especially in recent seasons, but we're backing the hosts to avoid defeat this weekend. The hosts have picked up two wins and two draws from their last six matches and have secured three wins and a draw from their four home games this season. AC Milan are in good form domestically but have had some traveling to do in midweek and this is something Bologna will be looking to take advantage of.

All you need to know ahead of Bologna vs AC Milan

AC Milan the favourites but Bologna are in decent form

Last weekend, Bologna came close to beating Udinese in their own backyard thanks to a 67th-minute effort from Barrow. However, a late strike from Beto earned Udinese a share of the spoils but that result leaves Bologna sitting pretty in 8th. Bologna have certainly made a positive start to the 2021/22 campaign and while it is a lot to ask of them to beat a side like AC Milan, the hosts are in with a good chance of securing a positive result if they play to their best.

AC Milan did really well to claim all 3pts at home to Verona last weekend, especially after they went 2-0 down inside the opening 24-minutes. Giroud started the comeback just before the hour mark and a penalty from Kessie in the 76th-minute made the scoreline 2-2. An own goal from the unfortunate Gunter handed AC Milan all 3pts 12-minutes from time but they might not be so lucky if they afford Bologna the same luxury on Saturday night.

AC Milan: the visitors could be without Rebic, Diaz, Hernandez, Maignan, Messias, Florenzi and Plizzari due to injury.

Bologna vs AC Milan: Your Questions 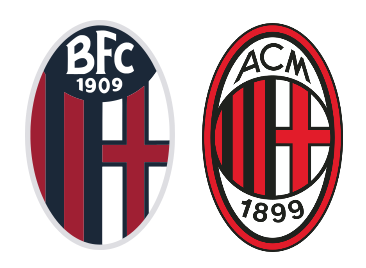