You could call Yannick Bolasie the forgotten man at Everton. It wouldn't be accurate though. Such was the slow, lethargic football played in the latter, doomed days of Ronald Koeman's reign at Goodison Park that fans often found themselves longing to see Bolasie's blistering pace on the wing once more.

Considering the dour, predictable performances earlier this season, it came as an enormous boost to hear of Bolasie's return to training this week. There he was at Finch Farm, in his training gear, enjoying life once again with his teammates.

There was a smile on his face and, as images emerged of him celebrating with Ademola Lookman, there was a sense of renewed optimism around the place.

After an Instagram story which showed the Congolese winger hard at work at the gym last week, his return felt imminent. In November, then-interim boss David Unsworth went on to deliver the good news.

“Yannick trained with us this morning for the first time. We're just gradually integrating him back into the first team set-up. He's a top player, a proven Premier League player and he's got great pace – something that we need.”

No argument here. Without Bolasie on the wing, Everton have lacked speed and natural width going forward. The long-term absences of Ross Barkley and Seamus Coleman haven't helped in that regard either.

And while the aforementioned duo are continuing their rehabilitation, Toffees fans can be excited that Bolasie is back.

The 28-year-old former Crystal Palace favourite would have loved to face Atalanta at Goodison Park in the Europa League.

The clash was a dead rubber, with Everton having already failed to qualify for the next round after picking up just one point from four games, and it therefore felt like the perfect opportunity to get some minutes under his belt.

However, considering the extent of his injury (two operations were required: one to repair his meniscus, another on his cruciate ligament) and the fact that he's missed a year of action, it was perhaps wise of Unsworth not to unleash Bolasie.

It's obvious what he brings to the team. His electrifying pace in wide positions became a key feature of Palace's play alongside Wilfried Zaha. He continued in the same manner following his £25million move to Everton last summer, scoring one goal and notching four assists.

But he is not just useful on the flanks: Bolasie possesses that sharpness in and around the penalty area that Everton have sorely lacked since Romelu Lukaku's departure.

Take Lukaku's goal against West Ham United last season, when Bolasie was quicker than anyone else in reacting to Adrián spilling Coleman's shot, sliding in to hook the ball back into the Belgian's path for the opener. 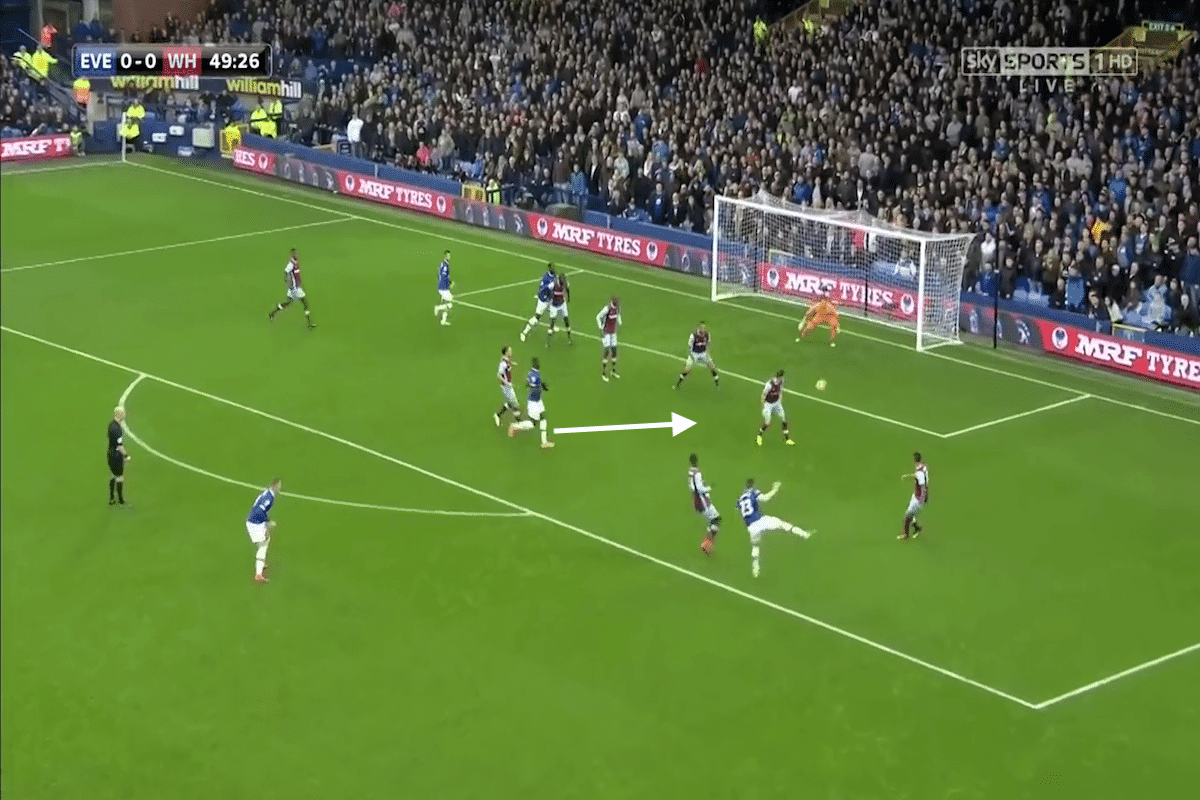 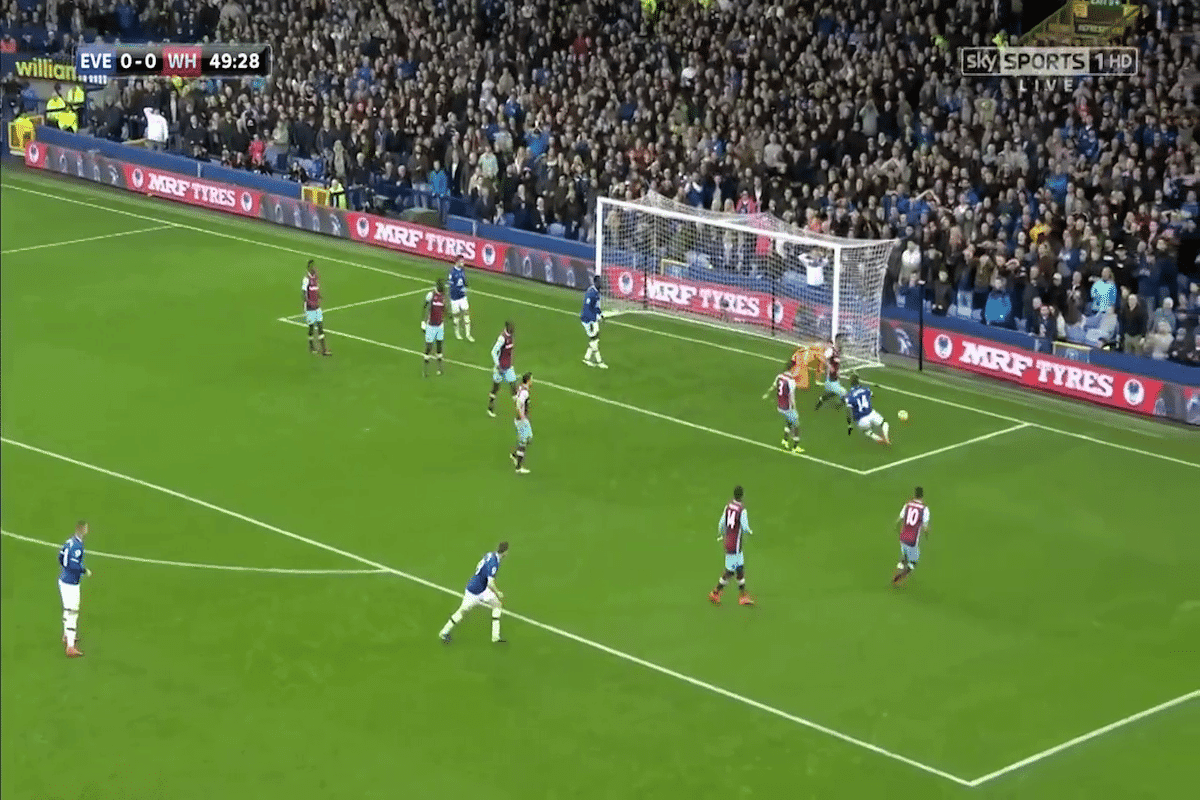 Of course, Bolasie's most obvious attribute is his pace – both on and off the ball. Not only does he possess that searing burst of acceleration across short distances, he is an astute ball carrier, which will add real purpose to Everton's counter-attacks when he returns.

The example below is from last season, playing against his former employers Palace. In a matter of seconds, Bolasie takes the ball from deep within his own half to practically the edge of the Palace box, piercing straight through the Eagles midfield while drawing defenders which creates space for Lukaku. 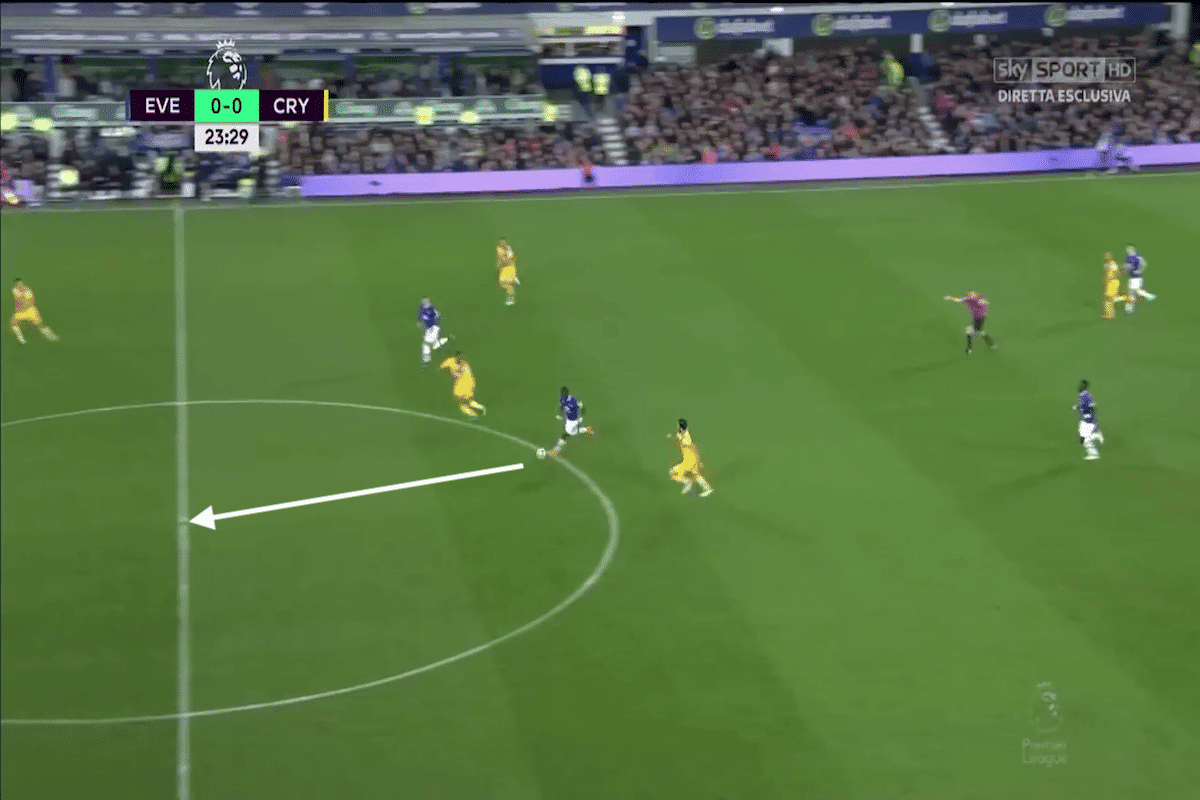 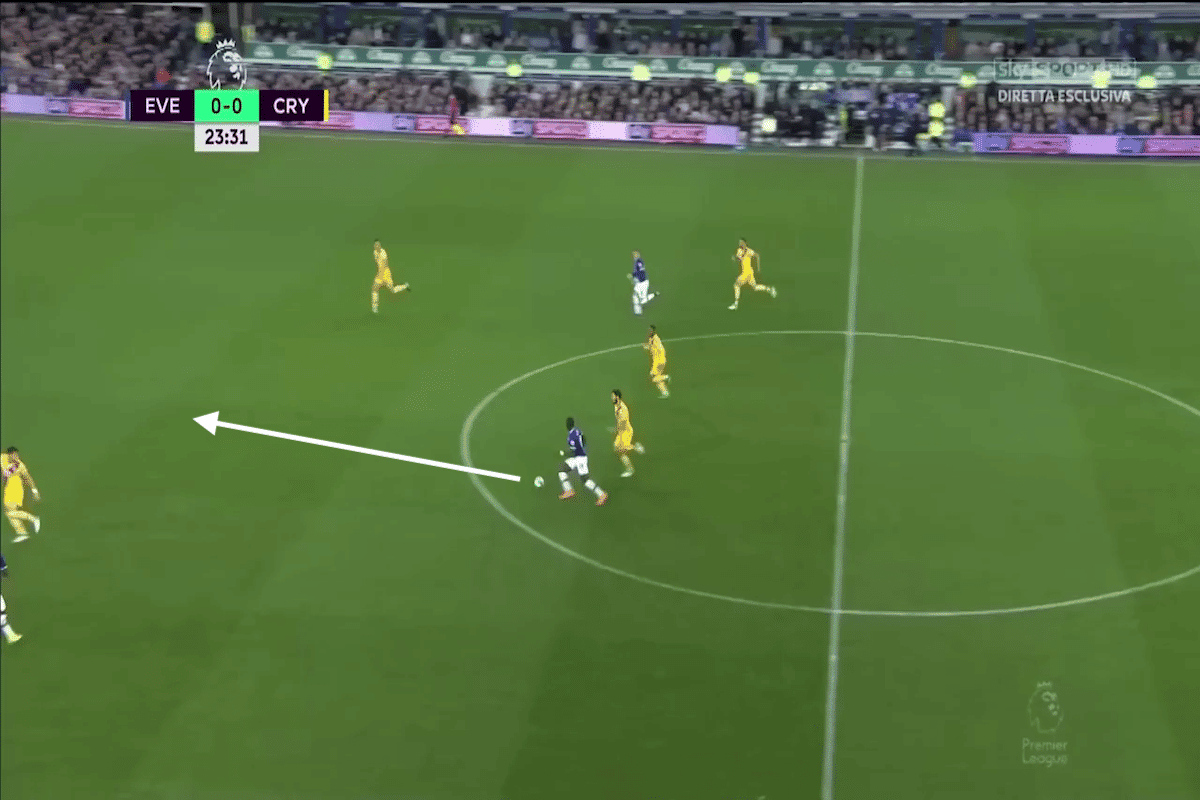 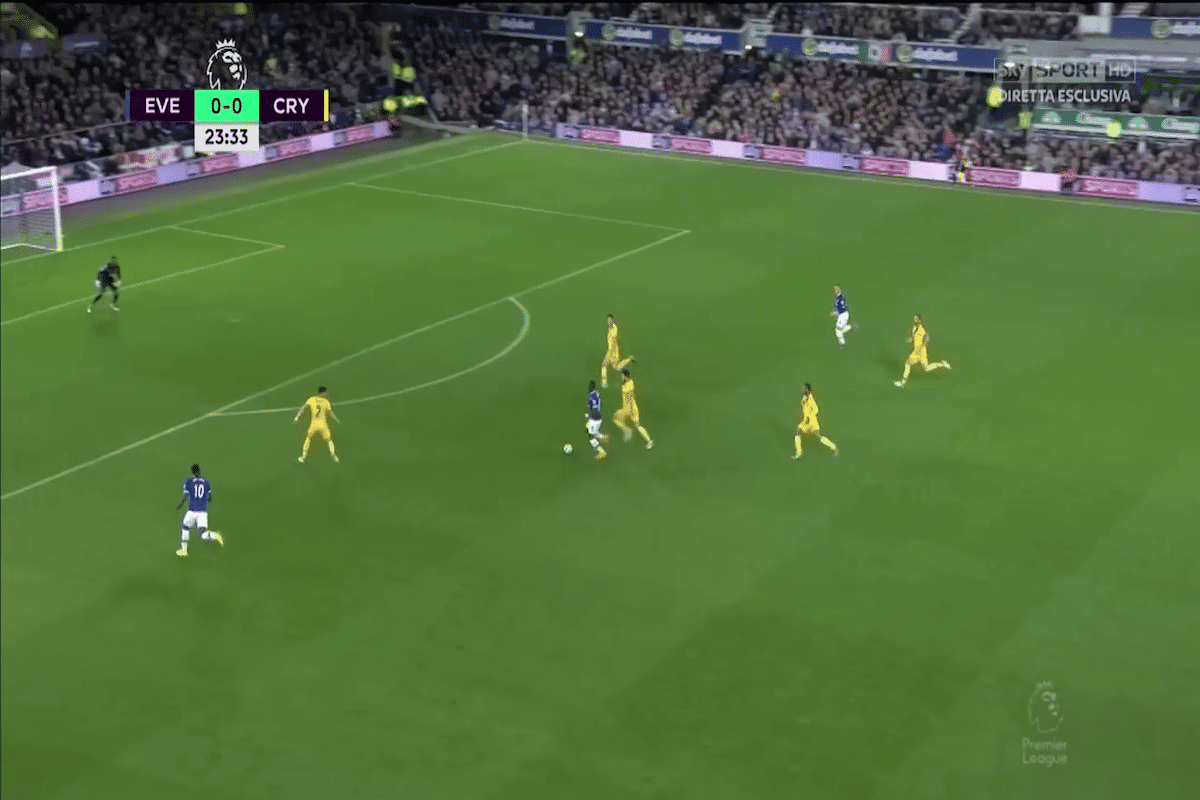 Quite simply, there is no other Everton player that can do that as effectively as Bolasie. Before his injury in December, Bolasie was averaging 2.8 dribbles per game and 1.5 key passes, and created eight ‘big chances,' according to the official Premier League website. Not only can he beat defenders time and time again, his link-up play and end product has improved since he joined Palace back in 2012.

In full flight, Bolasie's upright running style and quick feet make him one of the most intimidating wingers in the league. He is someone who raises the tempo as soon as he gets on the ball. He thrives on giving full-backs a hard time and is not afraid to take risks, too, which will be a welcome antidote to Everton's laborious attempts to break down defences this season.

Everton have sorely missed him. Their inability to inject further pace into the side in the summer knowing that he was months away from returning reflects poorly on their recruitment policy.

But what's done is done. Now, with Sam Allardyce now in charge, there is an even greater need for pace out wide. The return of Bolasie will be a welcome lift to the spirits, not to mention a much-needed shot of adrenaline to this side's heart.