Bodo / Glimt taught Zalgiris a lesson in the first leg. Can the hosts get revenge here or will it be more of the same? Find out with our Zalgiris vs Bodø / Glimt match preview with free tips, predictions and odds mentioned along the way.

To be fair, Zalgiris have actually been playing well these past few months; they've won eight of their last 10 games, with a draw and a loss. However, that loss was a humiliating 5:0 defeat at the hands of Bodø/Glimt in the reverse fixture of this contest. Also, Zalgiris met Bodø/Glimt in the qualifying stages of European competitions in the last two seasons; they were knocked out by Bodø/Glimt on both occasions. Considering Bodø/Glimt have won five matches in a row, we believe they'll complete the sweep against Zalgiris.

We have mentioned that Bodø/Glimt have won five consecutive games; we should also point out that they scored 27 goals in that five-game stretch, that's over five goals per game. As a result of the way they score, most of Bodø/Glimt's games have been on the high-scoring side; all of their last five games saw at least three goals scored, with four of those games going over 4.5. Additionally, these teams have met four times, and three of those encounters saw at least four goals scored. On that note, we should expect a lot of goals in this match.

Can Bodo/Glimt set their sales towards another European adventure?

Last season Bodo/Glimt were one of the surprise packages in European football with their exploits in the Europa Conference League peaking lots of attention; most notably, that came as they demolished Jose Mourinho's Roma in the group stages. After the first leg, surely they are about to move closer to an even bigger chapter in their European history?

Zalgiris bounced back from their disappointing 5:0 loss to Bodø/Glimt with a 2:1 win against Banga Gargzdai; they've enjoyed some fine form in recent months, with eight wins in their last 10 matches. Zalgiris will have to overturn a five-goal deficit if they intend to advance to the playoff round; the victors of this contest will meet either Ludogorets Razgrad or Dinamo Zagreb in the next round.

Bodø/Glimt have been unstoppable recently; they have won five matches in a row, across all competitions. As a matter of fact, Bodø/Glimt averaged over five goals per game in that five-game stretch, whilst conceding just once; they'll look to make it six wins in as many games.

A quickfire FAQ on Zalgiris vs Bodø / Glimt 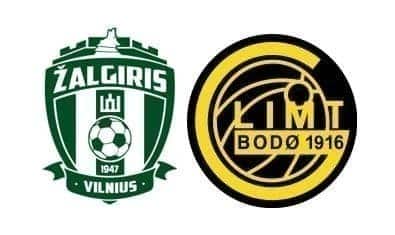