Bochum were the victims of Bayern Munich last weekend, receiving a 7-0 drubbing at the hands of the German champions. They have a much easier task this time around as struggling Stuttgart makes the trip to the Vonovia Ruhrstadion.

Here are our predictions for Bochum vs Stuttgart.

Both Bochum and Stuttgart are struggling for form in the Bundesliga, winless in their last three and four matches, respectively. Goals are coming at a premium and losses are piling up. With their defences yet to form a cohesive structure and attackers lacking efficiency in the final third, we see them cancelling each other out. Three of their last five H2H engagements could not separate them at the end of regulation time and we expect the same in this meeting.

Bochum has scored four goals in five fixtures, while the visitors have scored five more goals. The difference-maker being the Swabians 5-1 trouncing of Greuther Furth on opening day. With both sides struggling for goals in the German top-flight football, we expect their hands to remain tied down in this aspect. Four of their five duels have finished with an Under 2.5 total goal and we are predicting that trend to continue.

Die Unabsteigbaren have been shut out twice and have kept one clean sheet in the league this season. Erstwhile, their rivals have yet to keep a clean sheet this season and have been shut out once. Both sides have seen the majority of their fixtures conclude with the participants represented on the scoreboard. We expect that trend to continue as they meet at the Vonovia Ruhrstadion this September 26.

Bochum vs Stuttgart: Check out the best odds and the latest stats

Match Preview of Bochum vs Stuttgart

Bo Svensson's Mainz 05 arrived at the Vonovia Ruhrstadion after their impressive 1-1 draw with Bayern Munich but suffered a 2-0 defeat. The result was supposed to be a positive omen but Die Unabsteigbaren have failed to make the most of the opportunity. Defeat to Cologne and Hertha Berlin followed, while their trip to the Allianz Arena showed how far out of their depth they are in the German top-flight football.

While Bochum are having issues adapting to their new surroundings of Bundesliga, Stuttgart are not far from them in their second year in the top-flight. The Swabians impressed all and sundry on their return with a 9th place finish but are having a tough time coming to grips with the new campaign. Their latest 1-3 defeat to Bayer Leverkusen laid bare their defensive issues and they need to plug the gaps or it will be a long season for them.

Questions About Bochum vs Stuttgart 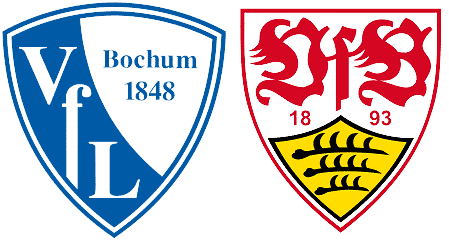 Where is the game being televised? Arena 4, beIN Sport Max (Fra) and DAZN Deutsch.

Which team is the favourite to win? Stuttgart.