Top free betting tips and odds for Bochum vs Freiburg

Bochum turn their attention towards Freiburg for their DFB Pokal quarter-final encounter. Die Unabsteigbaren suffered at the hands of RB Leipzing in thier last outing, while the Vultures earned their second successive win.

Bochum gave Bundesliga fans the surprise of the season as they beat Bayern Munich 4-2 a fortnight ago. They can add to their ranks with a DFB Pokal semi-final berth. It will be a tough task against Freiburg, who are difficult to break down, home or away. The Vultures tasted defeat in their last meeting with Die Unabsteigbaren but based on current form should earn progress at the hosts' expense.

Thomas Reis would have been perplexed by Bochum's defeat to Leipzig in a match that saw his charges manage twice the amount of shots on target than their rivals. Freiburg will be wary of these statistics as they pay Die Unabsteigbaren a visit at the Vonovia-Ruhrstadion. Both sides have conceded and scored pretty regularly, and the trend is seen in their recent duels. Four of their last five meetings have seen both sides hit the back of the net and we anticipate the same pattern to continue.

Bochum vs Freiburg: Check out the best odds and the latest stats

Bochum vs Freiburg: Check out the team lineups

Return to the German top-flight was expected to be a tough transition but Bochum fans will not complain. Die Unabsteigbaren are knocking on the doors of the top half of the points table. While a move into the top ten will be decided next weekend, they have more pressing matters in the DFB Pokal. Managing Freiburg's assault will be difficult but they have already done it once this season and will fancy themselves for a repeat.

Christian Streich's men continued their charge on Bundesliga top-four with a well-deserved victory over Hertha Berlin. While earning Champions League qualification is on top of their agenda, so will be making their mark on the annals of DFB Pokal. They are one of the four remaining Bundesliga teams left in the competition and will fancy their chances of adding the Pokal to their ranks.

Questions About Bochum vs Freiburg 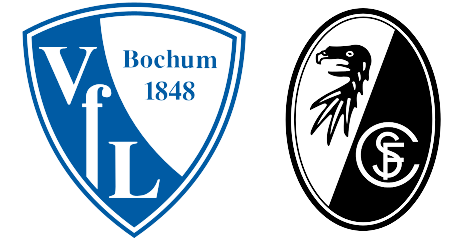 Where is the game being televised? ARD, Sky Sport (Ger), Viaplay, and Voyo.