Boca Juniors vs The Strongest Prediction, Odds and Betting Tips (27/05/21)

As group C heads into the final round of matches only Barcelona are guaranteed their place in the next phase. Boca Juniors currently have the edge and know that a win will book them their ticket to the knockout stages. The Strongest, however, will look at things and believe a victory for them could be enough knowing that Santos have their work cut out to beat Barcelona. Who will get the win? Find out with our Boca Juniors vs The Strongest match preview with free tips, predictions and odds mentioned along the way.

The Strongest to avoid defeat?

When it comes to double chance predictions they can sometimes be non-committal; that's not the case here. Boca Juniors are such heavy favourites hat backing draw or The Strongest still brings big odds with it. Why then are we going against the odds? There are two reasons; first is the fact that Boca Juniors won the last meeting between these sides by just a solitary goal in a match where they had just 34% of the ball. Then there is broader form; Boca Juniors haven't won in five matches whilst The Strongest have won three of three heading into this match. Their win against Barcelona was perhaps the biggest sign that they are capable of causing an upset.

The Strongest might not have much form for their games coming in under 2.5 goals with just two of their last 10 seeing fewer than three goals. The good news is that both of those games were in the Copa Libertadores with one against Boca Juniors as they lost 1-0. The form of Boca Juniors is the real deciding factor of this tip though; their last nine games have all seen a maximum of two goals with six of them seeing just one goal.

At least one side will fail to find the net

We've just mentioned a lack of goals in our previous prediction and now we offer the tip that at least one of these sides won't score. The Strongest have seen a zero in their matches in six of their last 10 whist Boca Juniors offer form that's even more interesting. Only two of their last 10 have seen a team score with eight of their last 10 matches (and all five of their Copa Libertadores matches) seeing just one team find the net.

Boca Juniors come into this match as big favourites to win and in pole position to qualify. On one hand, that's a big part on the back for their players in that the watching world know they're good enough to get the job done. The bad news is that it means The Strongest have absolutely nothing to lose. 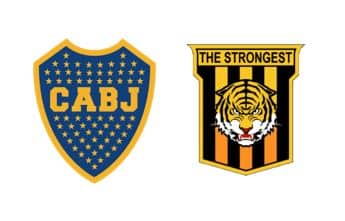