Bobby Moore may have played football like a genius, but the skills that forged the greatest captain this nation has ever seen weren’t heaven sent.

Robert Frederick Chelsea Moore was nicknamed “Tubby” as a kid. He couldn't run fast, he couldn’t head the ball and, remarkably, he couldn’t even tackle.

But he worked like a demon to overcome those deficiencies. And, soon after he joined West Ham United as a slimmed-down schoolboy, a relationship with Malcolm Allison helped give birth to a career in football which has yet to be matched from anyone on these shores – who else has captained England to a World Cup victory?

Allison gave Bobby the simple doctrine: “Always know what you’re going to do with the ball before you get it.”

The mantra helped create the best reader of the game England has ever produced. Bobby used his brain to overcome his lack of speed. He didn’t have to tackle because he saw what was about to happen. In training, he would wear a blindfold and still find his team-mates as they moved around the field.

Those unique skills helped create a cruel irony. West Ham faced Manchester United on September 8, 1958. Allison had spent all of the previous season fighting his way back from tuberculosis and the loss of a lung to regain his place in the team. Manager Ted Fenton was torn between playing the ageing sorcerer or blooding his apprentice. In the end, Bobby's debut coincided with, in fact created, the death knell for his mentor and surrogate father.

Bobby’s exploits in the field are well documented. They have yet to be matched. But few know of the lows which matched those massive highs. He was a private man and never revealed his innermost feelings to anyone other than the women he married.

I grew up with Bobby as he and my father Peter – a sportswriter and the first commentator on ITV – were great friends. Bobby was a regular visitor to our home and the families would holiday together.

Now I have used that fortunate relationship, with him, his friends and family, to reveal the true story of the man, told by the people who knew him best, in the film

The low points I have explored make Bobby even more of a hero. He overcame his physical shortcomings through sheer hard work and the use of a prodigious footballing brain; and he fought two battles with cancer — he had a testicle removed when he was only 23. He and his wife Tina would sit at home and cry. Cancer carried even more of a stigma then than it does today. They thought the disease was contagious and feared for the health of their unborn child, and Bobby worried that his career would end almost before it had begun.

But three months after being diagnosed, Bobby led West Ham to FA Cup success, followed by victory in the European Cup Winners Cup a year later, and 12 months after that, to the glory of Wembley and the England World Cup win. 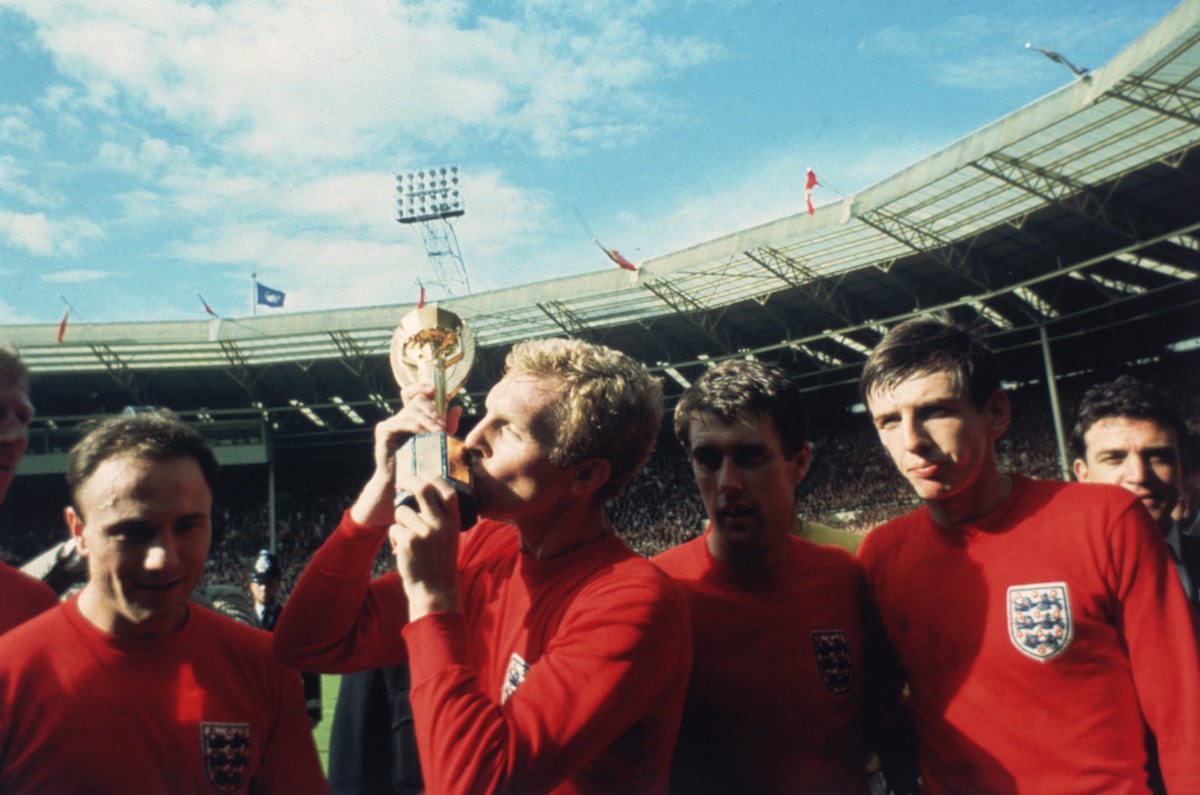 Another four years passed before he was involved in a notorious episode and a slur which he spent the rest of his life trying, and failing, to remove. He was accused of stealing a bracelet in Bogotá. He lost a stone during four days under house arrest. Yet, less than a week after his release, he produced his best performance in an England shirt against the eventual World Cup-winners Brazil.

Bobby then succumbed to bowel cancer at the age of 51. But before his death in 1991, he continued to fly to see his specialist in Edinburgh to help with research into the disease, even though it was too late to save himself.

Yet the biggest tragedy to befall the world’s greatest defender was served up by the people who owed him the most. After finishing his playing career he was spurned by the powers-that-be. His letter asking for a role within the England set-up went unanswered. He was left to pick his way through lower league clubs while his potential as a footballing ambassador went unrealised.

He ended his days as co-commentator on Capital Gold and as the nominal sports editor of the downmarket tabloid the Sunday Sport.

He was deeply hurt at a rejection he could not understand. But, as ever, he kept his feelings to himself. Three weeks after his death the great and the good were praising his name at a special service at Westminster Abbey.

It was as if the whole nation had realised that it’s true, you don’t know what you've got till it’s gone. Today his is the only statue standing guard over Wembley, yet he never received the knighthood handed out to his peers. The law does not allow the posthumous award of such an honour to any bar those who have served in the military.

But laws can be changed. Can’t they?

The film “Bobby” is on sale at Amazon now here, and is available and via iTunes, Sky Store and Amazon Prime Instant Video.

“Bobby” received universally good reviews: “A must see film” – Evening Standard; “Moving and Revealing” – The Times; “Excellent, a fitting tribute to a sporting hero,” – Talksport; and the film received a rare 100 per cent rating from the movie review site Rotten Tomatoes. It's also rated a five stars film on the Amazon UK site.