West Brom lost more ground on the top two at the weekend after falling to defeat. They need to get their act together if they're to fight for automatic promotion. Can they do that here? Find out with our Blackpool vs West Brom match preview with free tips, predictions and odds mentioned along the way.

We begin our predictions with a match result bet that sees us back West Brom to win. They've gone a couple of games without victory but the main theme of their season has been inconsistency. Blackpool also find themselves coming into this game off the back of a few poor results – or at least not great ones. They've not won in three. On top of holding the belief that West Brom have a better squad of players, the head to head record leans in favour of the Baggies too. West Brom have won three of the last five meetings with Blackpool and have lost just once.

We have already touched on a lack of consistent form form both Blackpool and West Brom. One place they have been consistent with of late is with the number of total goals their games have been seeing. Each of Blackpool's last five games have all come in short of the 2.5 mark with an average of just 1.6 goals. West Brom have gone under the all important 2.5 cut off in their last three whilst their average goals per game across their last five outings sits at 2.0. Both sit under the 2.5 threshold across the course of the season to date as well so nothing really suggests this match will see a glut of goals.

Our third and final prediction is one that backs both teams to score; it shouldn't be a huge surprise given we've already expressed our belief the match will be a low scoring one. Three of Blackpool's last five games have ended with a ‘nil' in the score line with the Seasiders keeping two clean sheets and blanking once. West Brom have only seen both teams score in one of their last five matches; they've recorded two clean sheets and failed to score themselves twice in that period.

Find the best odds for Blackpool vs West Brom

After a few games of the season, everything looked to be nice and rosy for West Brom as they were winning games and looking good doing so. How things have changed; they can't produce on a consistent basis and even with the likes of Callum Robinson and Karlan Grant in forward positions they still don't blow teams away. Goals haven't exactly been pouring down for Blackpool either of late although they sit well above their pre-season expectations in spite of a recent lack of consistency. With Jerry Yates and Shayne Lavery in their team they do carry a threat; the fact the latter has been absent for a number of weeks – and will be again here – doesn't help.

FAQ on Blackpool vs West Brom 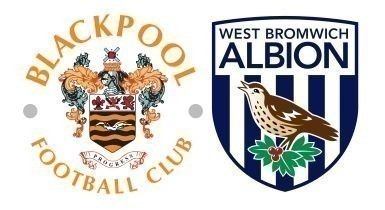