Neither of these sides have hit the ground running as yet. Can either find a win here? Find out with our Blackpool vs Swansea City match preview with free tips, predictions and odds mentioned along the way.

Blackpool are coming off a first round Carabao Cup exit at the hands of League Two side Barrow; they've suffered three losses in their last four games, including their last two. Just like Blackpool, Swansea City are coming off back-to-back losses; they are without a win in their last three games, with a draw and two losses. These are two struggling sides, with both teams coming off consecutive losses; considering three of the last six meetings between these teams ended in stalemates, we believe the spoils will be shared at the end of this match.

Both teams could score

This pick is mostly based on the way these teams concede goals, rather than how they score. We would like to mention that Swansea City have been unable to keep the goals out; they have no clean sheets in their last 13 matches, in all competitions. On the other hand, the Swans have consistently scored goals these past couple of months; they found the back of the net in 13 of their last 15 matches. Like Swansea City, Blackpool have conceded their fair share of goals; they have seen their defence breached 19 times in their last 10 matches. Considering both teams were on target in five of Swansea's last five games, both teams should be on the score sheet.

Can Swansea grab their first win of the season?

Swansea made a slow start to last season and it is looking like it could be a similar pattern unfolding here. That said, their hosts, Blackpool, have suffered back to back losses coming into this tie. What does that all mean? Well, whilst the season is young, a loss for either team will be hard to swallow; that  should see it all left out on the grass.

Blackpool followed their opening day win with back-to-back losses against Stoke City and Barrow; they've now lost five of their last seven games in all competitions. Michael Appleton's men will hope to improve their poor form as they face Swansea; whether they can or not remains to be seen.

Swansea City are yet to win a match this season after losing a couple of big players in the summer; they've played three games in all competitions with a draw and two losses the results. The Swans will visit Bloomfield Road on Saturday with their fans desperate to see a first win.

A quickfire FAQ on Blackpool vs Swansea City 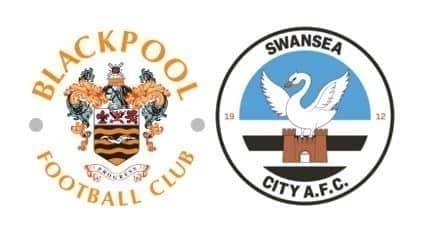