Sunderland are in danger of missing out on promotion once again whilst a win for Blackpool will help tighten their grip on a top six finish. Who will win? Find out with our Blackpool vs Sunderland match preview with free tips, predictions and odds mentioned along the way.

Blackpool's run to come to an end

Blackpool might be on a 15 match unbeaten streak but they've dropped four points from their last two games and facing a Sunderland side who are licking their wounds somewhat after two defeats isn't an ideal next match. The Black Cats are slipping out of the automatic promotion picture and those hopes will all but disappear with another match without a win on Saturday. It's that very reason we're backing them. Well, that and the fact their away form had been pretty decent until their loss at Wigan; they've beaten Portsmouth and drawn at Peterborough in the last few weeks. They've also not lost to Blackpool in over a decade winning the last two meetings at Bloomfield Road.

Ignore Blackpool's bore draw with Accrington on Tuesday and they've been amongst the goals lately. Across their last five at home they've seen the net bulge 15 times giving them an average of three per match: that includes the 0-0 we just touched on too. Sunderland have seen three of their past four matches go beyond the 2.5 cut off too with six of their last 10 away from the Stadium of Light containing at least three goals.

Goals to come at both end

The prediction we've just made intimates there will be goals in this game but to go further than that we think they'll be going in at both ends. Blackpool's blank against Accrington was just their second misfire in 10 matches at home; they've registered an average of 1.5 goals per game in that same time frame. Sunderland's away form is pretty impressive too in respect of finding the net; they've netted in 12 consecutive games on the road. You obviously need to consider the defensive stability too. Blackpool have kept two clean sheets in their previous five with their opponents having recorded just the one across their past five.

Blackpool vs Sunderland: Get your pre-match stats here

A huge game in the battle for promotion

Sunderland could end the weekend eight points adrift of the top two if they lose this game. Blackpool meanwhile could get dragged into a real scrap for the playoffs if they fail to take anything from the match. Both sides will want to win but given the stature of the clubs, there is more pressure on Sunderland. Can they handle the pressure?

Blackpool vs Sunderland: Key questions for the match 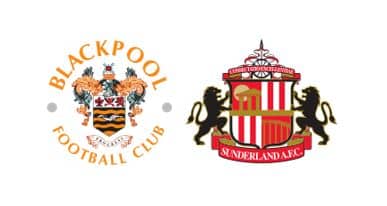