Blackpool vs Sheffield United: Check out our betting tips

Sheffield United suffered a heavy defeat at the weekend as their grasp on the top six loosened a tad. Can they bounce back here? Find out with our Blackpool vs Sheffield United match preview with free tips, predictions and odds mentioned along the way.

We kick off our predictions with a prediction of this game ending level, which goes against the basic form book a little. Blackpool have won their last three games and have lost just one of their last five. That's impressive compared to Sheffield United's form over the last five, which reads as won two, lost two and drawn one. The key reason we fancy the Blades to grab an away point is because their recent games has seen them face some tough opposition and, most certainly on paper, it's been a harder run than Blackpool have faced. You wonder if Sheffield United might just take a point too given how the table sits right now.

Our next prediction for Blackpool vs Sheffield United comes from the total goals market and we are backing under 2.5 goals. Blackpool have seen three of their last five games end south of the 2.5 mark whilst Sheffield United have also seen 60% of their recent five games fall short of the 2.5 cut off. Bring in the fact that each of the last four head to head meetings have gone under three goals and there is very little to suggest a high scoring match awaits on Wednesday evening.

It's funny how quickly things can change in football. A little while ago, Blackpool's season was destined for mid table and Sheffield United were looking sound for a top six finish. Fast forward to today and Blackpool could move to within three points of the Blades.

Blackpool continue to exceed expectations this season with a little streak of wins coming from left field after their momentum seemed to disappear. If they win again here then their fans may just start to dream of another playoff tilt.

Sheffield United have had a whirlwind campaign. They've looked awful, lost games and changed manager only to storm up the table. Recently though the wheels have started wobbling; they haven't quite fallen off but a defeat here could easily see them drop out of the playoff spots. 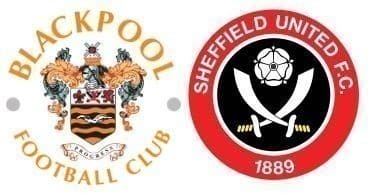