Blackpool have got one foot in the playoff final after their crushing first leg win. Can Oxford spring a surprise and make a proper game of things? Find out with our Blackpool Vs Oxford match preview with free tips, predictions and odds mentioned along the way.

Oxford for the win – but only on the day

When you've just been pumped 3-0 on your own ground all but eliminating any hope you have of making the playoff final there probably aren't many who give you a chance of winning the second leg. We, however, do. Blackpool have now played Oxford three times this season without losing and have also won their last five games on the bounce so it's definitely a tip that goes against the grain. The 3-0 game wasn't quite as one sided as it sounds and Oxford had won six of their last seven to make it into the playoff spots in League One. Given they have nothing to lose, they'll be throwing everything at Blackpool. We think it will be enough for them to win the game but not the tie.

The goals will go flying in

The starting place for this prediction is a simple one; Blackpool and Oxford played literally days ago and we saw three goals. Given we expect a hung-ho Oxford to come out at Bloomfield Road they will carry an attacking threat having scored 10 goals in their last three regular season games; there will also be holes though and Blackpool know where the goal is too. They've averaged two goals per game in their last five. If you need further convincing then how about the fact Oxford's last 11 have all seen a minimum of three goals?

See above prediction. Done. Of course, we jest. There is always more substance to our tips than that. It's still partly true though; where Oxford are concerned their games do see lots of goals but in that run of 11 being over 2.5 they've only kept two clean sheets. Blackpool have scored in seven of their last 10 matches. It hardly screams of being a dull watch!

Blackpool Vs Oxford: The key stats

Blackpool to reach the final but only after losing

It will take the most incredible of turnarounds for Oxford to make it to Wembley after Blackpool battered them in their own stadium just a couple of days ago. Oxford will have two things on their mind before worrying about winning the tie though. The first is avoiding another heavy defeat and the second is trying to make Blackpool sweat. It should see the shackles off and that means we'll see a good game in spite of the current score. 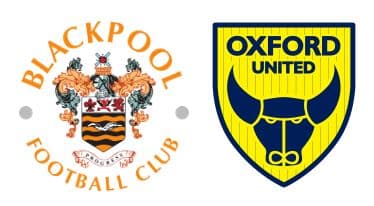