One of the Championship matches to be played on Tuesday is the Blackpool vs Huddersfield duel, so check our preview of this game and get some free betting tips along the way

Our top predictions for Blackpool vs Huddersfield

If you are unsure what is the right bet for the Blackpool vs Huddersfield duel, check our favourite betting tips for this duel:

Blackpool and Huddersfield to Draw

After a slow start to the season, Blackpool surprised everybody in the last round by beating Fulham and giving them their first loss of the season. Meanwhile, Huddersfield is doing very well with three wins in the first six matches and the previous two duels between these teams have ended in one Huddersfield win and a draw. So, Huddersfield is a slight favourite in this match but Blackpool is playing at home and they will be high on confidence after beating Fulham, so our prediction here is a draw.

Blackpool and Huddersfield to Draw at Half Time

The best stats and odds for Blackpool vs Huddersfield

If you are looking for the best Blackpool vs Huddersfield odds, or other Championship odds, check our selection of odds from the best UK bookies:

After earning a promotion back to the Championship through the playoffs, the former Premier League club has started the season poorly with two draws and three losses – before last round. In the last round, Blackpool gave us a huge upset by beating the league leaders until that point when they outclassed Fulham 1-0. So, Blackpool is obviously high on confidence at the moment, but the team also has injury problems since five players will miss the upcoming match with Huddersfield.

The new season for The Terriers is going very well and it looks like the former Premier League club might be able to fight for at least a place in the playoffs. After all, Huddersfield is currently ninth in the standings with 10 points from the first 6 rounds. More importantly, they are in good form since they've won three of their last four games in Championship. Rowe, Rhodes, and Pipa are currently injured and out of contention for the next match. 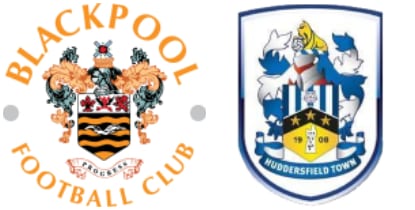