The match to end as a draw

The tangerine train keeps chugging along; Blackpool are now unbeaten in 12. They have, however, drawn five of their last six in their own stadium. Gillingham, who are just about in the playoff race, are in reasonable form away from home having drawn at Hull after producing convincing displays to beat Lincoln and Swindon prior to that. The Gills haven't lost to Blackpool since late 2018 either. A share of the spoils wouldn't be the worst result for the home side.

The next of our tips is for both teams to score. Blackpool have averaged 1.7 goals scored across their last 10 home matches blanking just once in that time; they've only kept three clean sheets during that period of time. Gillingham's goal scoring on the road isn't too shabby either; they've averaged 1.4 goals a game over the past 10 failing to score in just three. They have netted in four of their last five away games too.

For Friday's round of games, we made the prediction that Jerry Yates would score. He duly did. We see no reason for him not to repeat the feat against Gillingham. The visitors are far from impenetrable having kept just two clean sheets in their last 10 away matches. If a chance falls to Yates, he's bang in form to take it; four goals in his last three matches is proof of that.

All the stats and odds for Blackpool vs Gillingham

Gillingham might only sit two points behind their hosts heading into this game but their playoffs hopes are not quite what they seem given they've played three games extra. Blackpool could jump up to fourth with their game in hand and therefore this game is far from a must win for them. The same cannot be said for the Gills; if they fail to win on Monday their hopes of promotion are effectively over – regardless of what the table says.

FAQ about Blackpool vs Gillingham 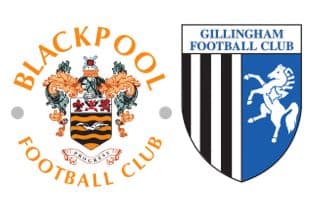