At this moment in time, Fulham look like a side destined for promotion whilst Blackpool look good value to drop back to League One. Can the Tangerines cause a surprise?

Find out with our Blackpool vs Fulham match preview with free tips, predictions and odds mentioned along the way.

It won't come as a huge surprise that we fancy Fulham to collect all three points here given they've won the last five on the bounce and are unbeaten this season; that includes in the cup competitions too. That form is not reciprocated by their hosts. Blackpool are yet to win a league match since returning to the second tier of English football. In fact, they've lost four of their last five in all competitions with a draw breaking the losing sequence. Fulham could have an off day here and still leave with maximum points if Blackpool aren't perfect.

A goal full of goals

If you look at Blackpool's league form to date, their game average goals of 2.4 for doesn't immediately scream for an over 2.5 goals prediction. The fact their last three games – including a cup tie – have served up 12 goals though certainly tilts things back the other way. You can then add Fulham to the mix who have broken the 2.5 mark three times in their last five averaging 3.2 goals per game and the value looks much better. With Blackpool's recent defensive frailties up against what is currently the best attack a low scoring match doesn't fit the trend.

A clean sheet for Fulham

Our final prediction for this match is that Fulham will not only beat Blackpool but that they'll do it whilst shutting the home side out too. Fulham have won their last three games without conceding a goal, which shows their defensive resilience. When you then consider that Blackpool are averaging less than one goal scored per game with two of their last four league games ending in a blank then this bet starts to look very attractive.

The best odds for Blackpool vs Fulham

There is no getting away from Blackpool's awful form. They're in the relegation zone after five games and heavily tipped for relegation. The good news is that there could be a new face or two in the squad come Saturday; Jordan Gabriel, Dujon Sterling and Owen Dale all arrived on deadline day. For Fulham, their squad is already fully loaded with anything but promotion a massive fail. Aleksander Mitrovic, Fabio Carvalho, Harry Wilson and Ivan Cavaleiro are just an example of how stacked their team is.

Final thoughts on Blackpool vs Fulham 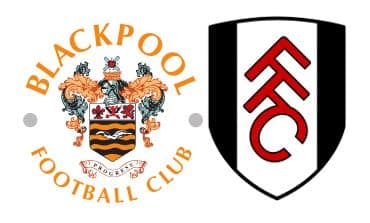