Bournemouth come into this match looking to put that Boreham Wood defeat further in the rear view mirror as they battle for promotion. Can they take maximum points? Find out with our Blackpool vs Bournemouth match preview with free tips, predictions and odds mentioned along the way.

Cherries to come out on top

Blackpool have showed decent form in recent weeks with a four game unbeaten run but they have lost four of their last 10 and we don't see them getting anything here either. Bournemouth had suffered a couple of defeats but have now won back to back league games. That sees their challenge for automatic promotion back on track and they'll travel north confident of taking three points owing to a good record against Blackpool; they've not lost to the Seasiders since 2013 and have won three of the last four meetings.

Our second tip for this match is an over 2.5 goals prediction. This bet is very much about extracting value from the betting odds because it goes against the recent form for goals that both teams have been showing but bear with us. So, the recent form…Blackpool have seen half of their last 10 games pass the 2.5 cut off. Bournemouth meanwhile have seen just four of their previous 10 go north of 2.5. Those stats aren't cut and dry, which is why the head to head form becomes so relevant; the last three games have all gone over 2.5 with a total of 15 goals being scored.

Check out the key stats & form for Blackpool vs Bournemouth

Blackpool's season should be applauded because sitting midtable at this stage of the season is great for where they've come from. This, however, is all about Bournemouth and their Premier League ambitions.

Blackpool have performed admirably this season and, after a slight wobble, their form looks to be back on track to keep their position firmly in midtable. Seeing off another seaside club in Bournemouth would be another thing for their fans to cheer; Gary Madine is likely to be key to their plans.

Bournemouth became a laughing stock as Boreham Wood eliminated them from their FA Cup. They've bounced back with a league win though making it six points from two games in the Championship. Another win here would tighten their grip on a top two spot.

A brief FAQ ahead of Blackpool vs Bournemouth 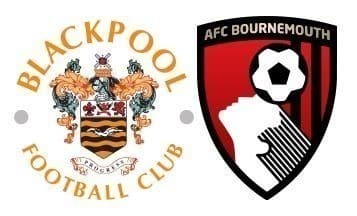