Blackpool would have torn your arm from your torso to be 14th after 10 games. Can they climb higher in the tab;e after game week 11 by beating Blackburn? Find out with our Blackpool vs Blackburn match preview with free tips, predictions and odds mentioned along the way.

Blackpool vs Blackburn: Our best predictions

Blackburn to inflict first defeat in three on Blackpool

Blackburn sit sixth in the table as of the time of writing after a pretty decent start to the campaign. It's not all been rosy for Rovers though with Huddersfield ending a six game unbeaten run in the week. It will be interesting to see how they bounce back as they don't have the best away form. Despite that, we're still backing them to beat Blackpool side that are unbeaten in three. Not only do Blackburn have the firepower in their team – they hit Cardiff for five last weekend – but they have a spell over Blackpool. Of the last 10 head to head meeting Blackpool have won a big fat zero; 2012 was the last time Blackpool beat Saturday's visitors.

Not full of goals

Blackburn are averaging 3.0 goals per game if you look at the league. We suggest you forget that stat. Why? It's underpinned by their home form; that's why. When you look at the away form, their average drops to under 2.5 goals. When you add into the mix that Blackpool have a total goals average of 1.6 it becomes even more clear why we're backing under. Blackpool have seen three of their last five home games come up short of the 2.5 mark. The same is true of Blackburn on the road. They're stats that suggest value exists in this bet.

Ben Brereton to open the scoring

What has happened to Ben Brereton Diaz over the summer? He's always been a decent play but, my oh my, he's a goal machine for Blackburn Rovers now. We're backing him to open the scoring in this match. With nine league goals to his name this season and five goals in his last two matches we think you'd be hard pressed to find a better candidate. Can you think of someone? No, us either.

The best odds for Blackpool vs Blackburn

Blackpool vs Blackburn: What can we expect to see?

Blackpool went on a mad run to win promotion from League One last season. Now they look determined to stay put in the second tier. They'll be disappointed not to take the full points from Hull in midweek but, all in all, it's been a job well done from the first 10. With Grant Ward looking likely to be the first of a few faces back to fitness, they will hope to kick on further now October is here too. For Blackburn, the playoffs has to be the minimum aim. The start they've made is seriously impressive given they lost one of their best players at the end of the transfer window. Ben Brereton is a monster at the moment though. If he stays fit, they've got a real chance of doing something.

FAQ for Blackpool vs Blackburn 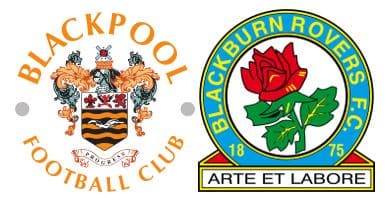