If you'd have offered newly promoted Blackpool the same points as last seasons playoff contenders Barnsley after eight games they would have snapped your hand off. As it happens, neither side are flying with both on eight points. Who will win when they meet? Find out with our Blackpool vs Barnsley match preview with free tips, predictions and odds mentioned along the way.

Blackpool vs Barnsley: Our top tips

Barnsley might have made the top six last season but this year the managerial change and loss of their star player is clearly having an impact; they look a million miles of playoff contention now and have managed just one win in their last 10 games in all competitions. By contrast, Blackpool arrived in the campaign expected to drop back to League One; with two wins in their last three games there is now great optimism of survival. That positivity is could prove the difference here.

Barnsley to take the lead

We might have backed Blackpool to win but that doesn't mean they can't come from behind. We fancy Barnsley to score first in this encounter. Why? Well, Blackpool have conceded the opening goal of games more times than anybody else in the league ahead of game week nine. The last two meetings between the duo at Bloomfield Road have also seen the Seasiders fall behind; if you're interested, Blackpool lost one of those and won one. Remember, if betting with Grosvenor it's no goal, no bet for added security.

Lavery to register on the score sheet

Blackpool man Shayne Lavery hasn't netted in his last few outings but still has three goals in his last six outings in all competitions (that includes one goal on international duty) and he's a major goal threat without question. Last year he hit 23 goals in 17 games for Linfield following on from another year of double figures the prior season. If he gets an opportunity in and around the box it's highly plausible he'll take it; the odds on offer are highly tempting too.

The best odds for Blackpool vs Barnsley

Blackpool to add further distance to relegation zone with win

Blackpool having eight points form eight games is a return their fans will be happy with. They surprised everyone to win promotion last year so staying up is the goal and it is looking like a realistic one at this stage. The same return for Barnsley is not what the doctor ordered though. They could really do with Cauley Woodrow magic in this game.

Final questions on Blackpool vs Barnsley 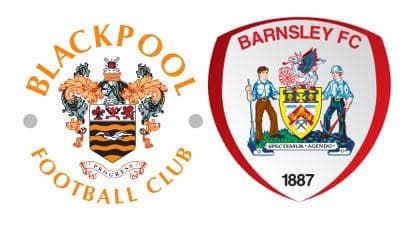