West Brom are definitely setting the bar as the team to beat in the early weeks of the season. Can Blackburn do exactly that? Find out with our Blackburn vs West Brom match preview with free tips, predictions and odds mentioned along the way.

Blackburn are currently unbeaten in the Championship but we think that run is about to come to an end. West Brom have just annihilated Sheffield United in the week and really do look a class above with their aggressive pressing and goal scoring. The Baggies are also unbeaten in seven matches with five wins in that period. Blackburn have only won two of their past seven games too so whilst they've started the season in good shape, they're not in nearly as good form as their visitors.

The goals to pour down

Our next tip focuses on the total goals we expect to see, which is over 2.5. Blackburn have seen four of their past five games break this threshold with a game average of 3.0 goals. West Brom's last four have all been over 2.5 goals too with three games ending with four goals and the other ending with five. With three of the last five head to heads also going over 2.5 this bet looks to be good value.

The final tip we being you is that both teams will find the net. West Brom did record a clean sheet against Sheffield United last time out but that has to be taken with a pinch of salt; the Blades have barely offered any attacking threat all season. Prior to that West Brom had conceded in nine competitive games on the spin. They'd also scored in eight of them. As for Blackburn, they've seen both teams score in each of their past six matches.

Blackburn will be delighted with the start they've made to the season particularly with question marks over Tony Mowbray's future as boss towards the end of the last campaign and the loss of Adam Armstrong. They've answered those questions already and shown they can be a decent Championship side. Unfortunately for them, West Brom look like being more than a decent Championship side under Valérien Ismaël and with Callum Robinson they have a striker who knows where the net is at this level.

FAQ for Blackburn vs West Brom 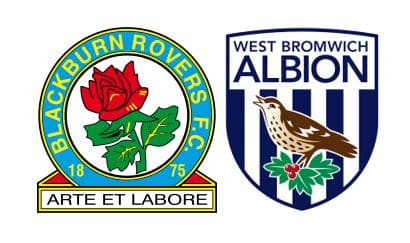