We're expecting a very close and competitive 90-minutes between Blackburn and Swansea on what is the opening weekend of the new Championship season. These two sides played out a 1-1 draw when they last locked horns and Swansea are aiming to make it seven games without defeat against Rovers.

While we're expecting a competitive and entertaining match on Saturday, we're predicting that the pair will play out a draw. Four of the last five league meetings between Blackburn and Swansea have ended in stalemates, including their last encounter back in March. Three of Blackburn's last six matches have also ended in draws and the hosts haven't lost any of their last five home games against their Welsh guests.

As far as a final scoreline is concerned, we've gone with a 1-1 draw this weekend. Everything points towards a draw being the most likely result and the recent history between the two clubs, as well as their recent performances, suggest that 1-1 is a very likely outcome. The pair's last encounter ended 1-1 and each of their last three matches at Ewood Park have ended in score draws.

All you need to know ahead of Blackburn vs Swansea

While Blackburn haven't lost any of their last five home games against Swansea, they also haven't managed to beat the Welsh side in any of their last seven games against them in the Championship. Last season, Swansea won 2-0 at home and earned a 1-1 draw at Ewood Park, so the Welsh side certainly had the edge over their hosts from the North West. In terms of injuries, Rankin-Costello, Dack and Wharton all look set to miss this weekend's clash and of the three, only Rankin-Costello is expected back this month.

Swansea sport their new crest for the 2021/22 season in honour of the 40th anniversary of their first-ever promotion to the top-flight. Saturday's guests picked up two wins and one defeat during pre-season, finishing with a 3-1 defeat at home to Premier League side Southampton. Full-back Connor Roberts and Tivonge Rushesha are expected to miss the opening weekend of the new season through injury but the latter could return later this month. 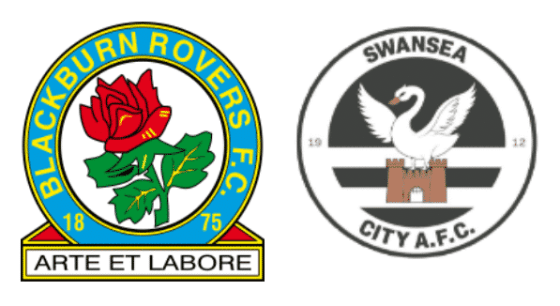