Both of these teams could do with a confidence booster given they've somehow both spurned two goal leads within the last seven days. Who will take the three points? Find out with our Blackburn vs Reading match preview with free tips, predictions and odds mentioned along the way.

Blackburn vs Reading: Our Tips

Reading to bounce back from Blackpool collapse

Reading threw away a two goal advantage in midweek as Blackpool came from behind to win 3-2. Shipping goals like that is uncharacteristic of the Royals of late though and that's what we fancy them to win this match. Prior to the Blackpool defeat Reading had won three of four matches. Blackburn's two goal collapse came last Saturday as they could only draw with Coventry; they couldn't bounce back in midweek either though and that means they're four games without a win having lost three of them. Given Reading beat them twice last season as well things don't look great for Rovers.

A win and clean sheet for Reading

Our next bet again focuses on a Reading win but we think they'll record a shutout against Blackburn too. We touched on the fact they'd win three of four prior to that Blackpool collapse; all of them were victories to nil. Blackburn can carry a goal threat but blanked against QPR in midweek having just one shot on target in the process. When they'll two sides last met, which was in March, Reading kept a clean sheet – and won the match.

Swift to feature on scoresheet

Our final tip comes in the form of a John Swift anytime scorer prediction. The Reading midfielder has been in sensational goal scoring form this season as he's equalled his career best league hall. He didn't score in their loss to Blackpool – although he grabbed an assist – but netted in the prior match. In a game that may well be on the tight side a confident Swift could well prove the difference.

Find the best odds for Blackburn vs Reading

Blackburn vs Reading: A Royal good day at the office for Reading

Reading's collapse in midweek came out of the blue given they'd been so defensively solid in the games leading into that match. They'll look to forget about the second half and take the positives from the opening 45, which saw Scott Dann open his account for the club and Tom Dele-Bashiru net his third of the campaign; it makes him Reading's second best scorer behind Swift. As for Blackburn, well, something just doesn't look right at the moment. They're so reliant on Ben Brereton Diaz; if Reading keep him well marshalled, they'll win.

FAQ on Blackburn vs Reading 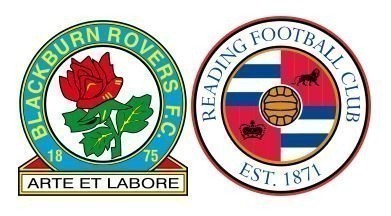