Blackburn and Luton have had indifferent starts to the campaign with both sat in mid table after five games. Will either team leave this match with three points? Find out with our Blackburn vs Luton match preview with free tips, predictions and odds mentioned along the way.

That's right, we kick off our predictions with an away win. Luton might have only managed one win in their last five outings but it did come away at Barnsley; that's a decent result. When they travel to Ewood Park they won't be facing a team that's full of confidence either. Blackburn have lost their last two home games and have only managed three wins in their previous 10 fixtures. On top of that, Luton edge the head to head record too with two wins and a draw from the last four meetings between the teams.

Our next prediction is for there to be over 2.5 goals in this match. Blackburn have seen three of their last five games go over the 2.5 mark. In that period their games have served up a total of 13 goals; that's a game average of 2.6. For Luton, it's a similar story. Again, only two of five have fallen short of the 2.5 cut off. Their game average is stronger than that of Blackburn though. In the last five games they've served up a total of 15 goals; that's 3.0 per match. The form of both sides is more than enough to give value to the available betting odds.

We might have backed Luton to win but Blackburn rarely fail to find the net; they've scored in their last eight matches. Ian Poveda made his debut for Blackburn last time out grabbing an assist in the process. His stats won't show him as a goal machine but he was involved for Leeds in the Premier League last season and has a glittered list of former clubs to show what potential his boots hold. With Ben Brereton Diaz missing this match, Rovers will look to Poveda as their spark.

FAQ for Blackburn vs Luton 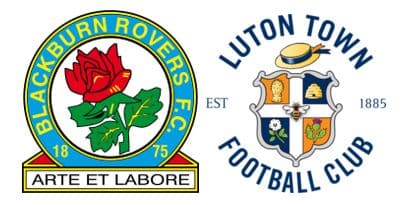