Blackburn vs Fulham is a game that brings us the Championship's two top scorers in Aleksander Mitrovic and Ben Brereton Diaz. Who will fire their team to victory? Find out with our Blackburn vs Fulham match preview with free tips, predictions and odds mentioned along the way.

Blackburn vs Fulham: Our top tips

Fulham to make it five wins on the spin

Blackburn have won back to back games to put them right on the brink of the top six but we don't see them getting anything from this match. Fulham have won their last four matches and have done so by playing exceptionally well. Those four games have seen them face some decent opposition too in the shape of West Brom, a rejuvenated Nottingham Forest and QPR (the other win came over Cardiff, who we cannot categorise as decent right now!). On top of that hot form, Fulham have a strong head to head record against Rovers too. They're unbeaten in four meetings having won three of them and last lost to Blackburn back in February 2016.

When you have the two top scorers in the league on opposing teams goals should be expected, should they not? We certainly think so hence we're making the over 2.5 goals tip. Blackburn have gone over 2.5 goals in three of their last five games averaging 2.6 goals per game. Fulham have only fallen short of the 2.5 mark in one of their last five whilst their average goals per game in that time was a mighty 3.8.

Aleksander Mitrovic is in phenomenal form right now and the Blackburn defence will rightly be fearing him. For us though, there is little point in fearing him. Every team will face Fulham knowing the damage Mitrovic can do and yet very few can stop him. Already this season he has a league high 18 goals, which puts him on course to shatter his season best of 26 from 2019/20. His last four games have seen him net eight goals and he's only played the full 90 minutes in one of those games. If a chance falls his way, which it inevitably will at some point, then Mitrovic is going to take it.

Find the best odds for Blackburn vs Fulham

We've already touched on the most important players in this game, which are Ben Brereton Diaz and Aleksander Mitrovic. Their presence up to for their respective teams will define what team leaves with the points. Mitrovic has 18 goals to his name already with Brereton Diaz sitting on 12 goals from his 15 appearances. Fulham are already flying up in second spot but they'll fancy their chances of putting real pressure on Bournemouth at the summit; Ivan Cavaleiro and Anthony Knockaert could be back in action soon – possibly even soon enough to feature in this match. Blackburn's main missing part is Bradley Dack; he will not be involved in this game.

FAQ on Blackburn vs Fulham 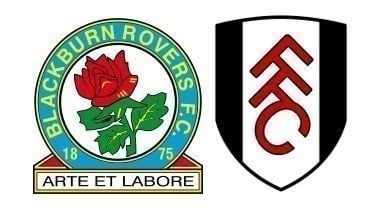