Both of these teams are far better at home than they are on the road. Does that make this match an obvious home banker? Find out with our Blackburn vs Coventry match preview with free tips, predictions and odds mentioned along the way.

Blackburn vs Coventry: Our Tips

We might be suggesting they'll lose this match but we can't not talk about the display Coventry put in last time out; beating Fulham 4-1 was a performance from the top drawer. The big thing is, Coventry are a different side away from home. The Sky Blues sit top of a home games only table but are fourth bottom based on away results. Given they're travelling to face a Blackburn side that have won their last two at home we think they've got their work cut out.

Coventry won't score more than one

Our next prediction looks at the total goals market but specifically focussed on Coventry. Our tip is that the Sky Blues will score under 1.5 goals. Here is why we're backing such an outcome. Firstly, Blackburn have only conceded six goals at Ewood Park in five games so far this season. That's an average of just 1.2. What's more striking though is how many goals Coventry have scored on their travels this season. The answer is a measly two from five attempts. With a struggling away attack facing a solid home defence this bet looks to bring a decent level of value.

Brereton Diaz to do the damage again

Tip number three of our trio is that Ben Brereton Diaz will find the net at some point during the match. If we're being honest, it's getting hard to write about the Chilean international. He's been a revelation this season for Tony Mowbray and co. So far this season he's scored 10 goals and his recent form has been unbelievable. His last three games have served up a total of six goals; a single strike, a brace and a hat-trick. It's form that went with him during the recent break too. Brereton bagged the opener against Paraguay.  If Coventry give Brereton any space in the box then I suggest you get your stakes on!

Find the best odds for Blackburn vs Coventry

After 11 games Blackburn find themselves eighth in the league standings and just a couple of points outside the playoffs. If they can maintain that position through the the other side of Christmas Tony Mowbray will feel his side can have a real tilt at winning promotion. If they're to do that, they need to beat teams like Coventry at home. Ben Brereton Diaz is obviously going to have a big role to play but at the back the likes of Daniel Ayala will need to be at the races. That brings us to Coventry. Battling Ayala for spare change will be their top scorer, Viktor Gyokeres. He's scored six in his last five club games and whilst he's been away during the international week he's barely played for Sweden; he'll be raring to go come 3pm.

FAQ on Blackburn vs Coventry 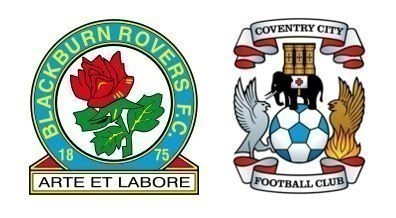