Blackburn might find themselves in the top six at this early stage but their recent form is far from playoff worthy. Can they get back on track against an out of form Cardiff side? Find out with our Blackburn vs Cardiff match preview with free tips, predictions and odds mentioned along the way.

Blackburn vs Cardiff: Our top tips

Blackburn to crank up pressure on Cardiff boss

Blackburn haven't been getting many wins on the board of late with just one in their last five but three draws and narrow loss to West Brom do give that form a little bit more context. It's for that reason we think they'll get another three points when Cardiff visit on Saturday. Cardiff are also on a run of five games that have offered up just one win; the key difference though is that the Bluebirds have lost the other four. Cardiff don't have a great record in the head to head either; they've failed to win any of the past five meetings albeit with several draws in that period.

Good form has been in short supply for both Blackburn and Cardiff but it's not the only thing; goals have been lacking too. Blackburn have come up short of the 2.5 mark in three of their last five matches with Cardiff also failing to hit the three goal mark in a trio of their past five. The game averages don't paint a prettier picture either; Blackburn's games have averaged 2.2 goals with Cardiff coming in at a square 2.0. With seven of the last 10 head to heads coming up short of the 2.5 mark as well, this bet looks great value.

Our final prediction for this match is that Cardiff score under 0.5 goals I.e. they will fail to score. Firing blanks is something Cardiff have done in three of their last five games and fans are really starting to grumble at the style of play served up by Mick McCarthy's men with their main threat coming from set pieces. Sure, their aerial presence will alway give them half a chance of grabbing something but with the odds available it's a bet worth placing in our eyes.

The best odds for Blackburn vs Cardiff

McCarthy's men to suffer another defeat

Blackburn started the season in great shape with Ben Brereton stepping up to fill the void left by Adam Armstrong. The form has stuttered of late but the wheels haven't fell off entirely. Cardiff begun the season much like Blackburn; they were getting results and looked like a typical hard to beat team. Now, the results have dried up and the same old questions are being asked about playing style. Cardiff could really do with a win however it comes; that means Kieffer Moore will have a huge role to play.

Final questions on Blackburn vs Cardiff 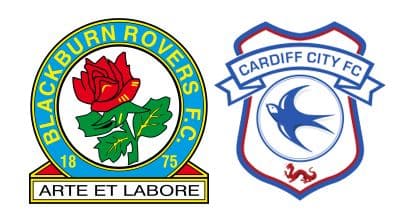