Bristol City arrive at Ewood Park in fine form having not lost in seven. Will that remain the case come full time on Saturday? Find out with our Blackburn Rovers vs Bristol City match preview with free tips, predictions and odds mentioned along the way.

This game isn't the easiest one to predict with neither side in poor form but we fancy Bristol City to take maximum points. Blackburn have won two of their last three hence they're not in poor form, however, you can't just ignore the fact that they've also lost three of their last five – including their last match at home. Bristol City meanwhile are looking fantastic right now; after losing their opening two games of the season, they've won five of the next seven matches drawing the other two. On top of that, they beat Blackburn in this fixture towards the back end of last season as well.

Blackburn to blank in front of goal

Our next tip for this game is a little ambitious but we can see Blackburn failing to score. They've failed to score in three of their last five games as it is and then there are doubts whether their talisman, Ben Brereton Diaz, will still be there when this game kicks off. Combine that with the fact Bristol City have kept three clean sheets across their last five and Blackburn hitting the net is not remotely nailed on.

Is this a clash between playoff contenders?

Early season form and pre-season expectations will tell you that both of these sides harbour serious ambitions of mixing it up in and around the top six of the Championship this season. With this in mind, whoever takes maximum points here could set themselves up nicely for later in the season.

Forget injuries and suspensions the biggest bit of team news hanging over Blackburn today is whether or not Ben Brereton Diaz is still a Rovers player come 11pm on Thursday evening. If he is, then it's happy days and he'll play in this match. If he's not, someone will need to step up to the plate!

Like their hosts, Bristol City's pre-match build up is focussed more on a potential – and unwanted – exit as opposed to those who are temporarily on the sidelines. The big question mark is Antoine Semenyo. Robins boss Nigel Pearson has been firm with his “he's not leaving” stance but until that window shuts, you never know!

A quickfire FAQ on Blackburn Rovers vs Bristol City 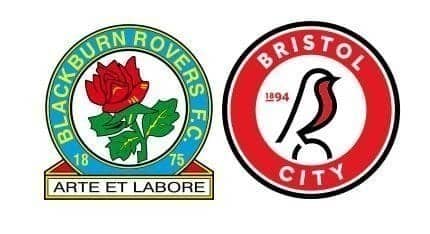