Jose Mourinho had to resort to bringing Zlatan Ibrahimovic and Paul Pogba off the bench with a little under half an hour to play in order to seal a 2-1 victory over Blackburn Rovers at Ewood Park today.

The win sees the FA Cup holders through to the quarter-finals of the competition where they will face the difficult prospect of travelling to Stamford Bridge to take on Premier League leaders Chelsea.

Connor Mahoney is an exciting prospect 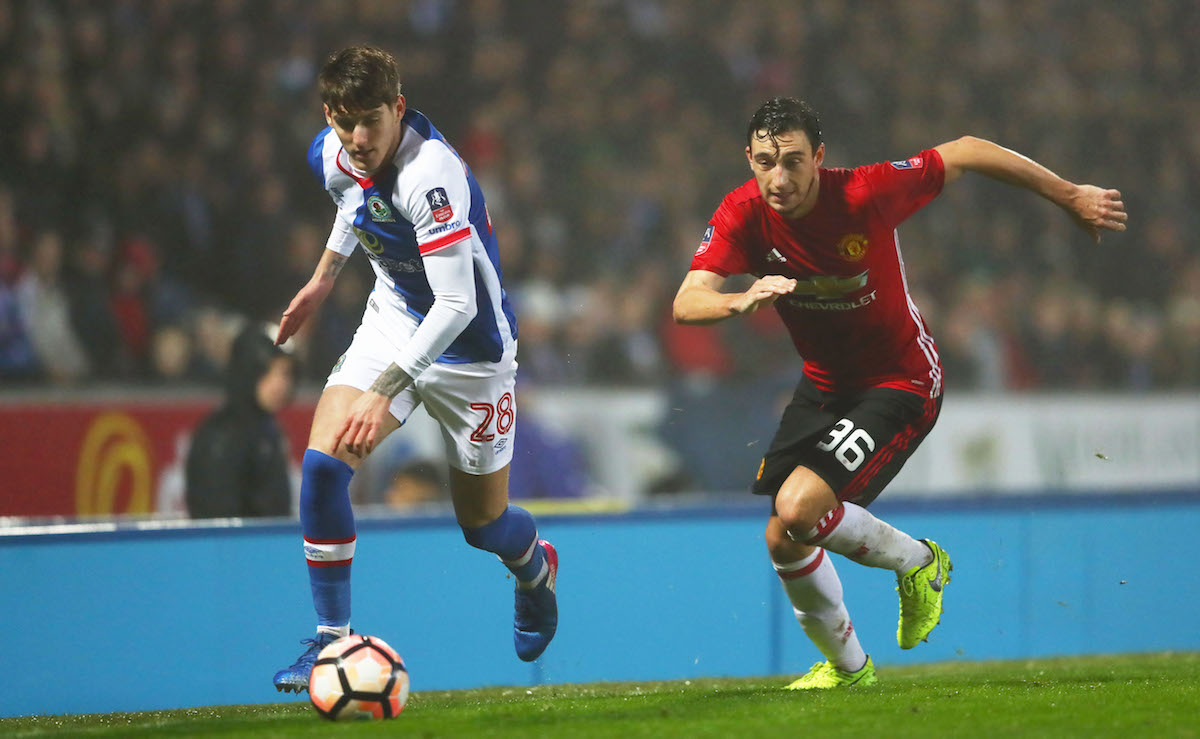 Blackburn-born winger Connor Mahoney only turned 20 a week ago, but the youngster looked supremely confident when he come off the bench for the final 17 minutes against the 20-time champions of England today.

Very much in the mould of a traditional winger, Mahoney looked to take on his marker at every opportunity. Turning United left-back Matteo Darmian inside out during his short cameo appearance, the youngster completed three dribbles while demonstrating his end product with three crosses and an 88.9 per cent pass accuracy.

Out of contract at the end of the season, Mahoney will have caught the attention of several Premier League sides.

Manchester United have issues at left-back 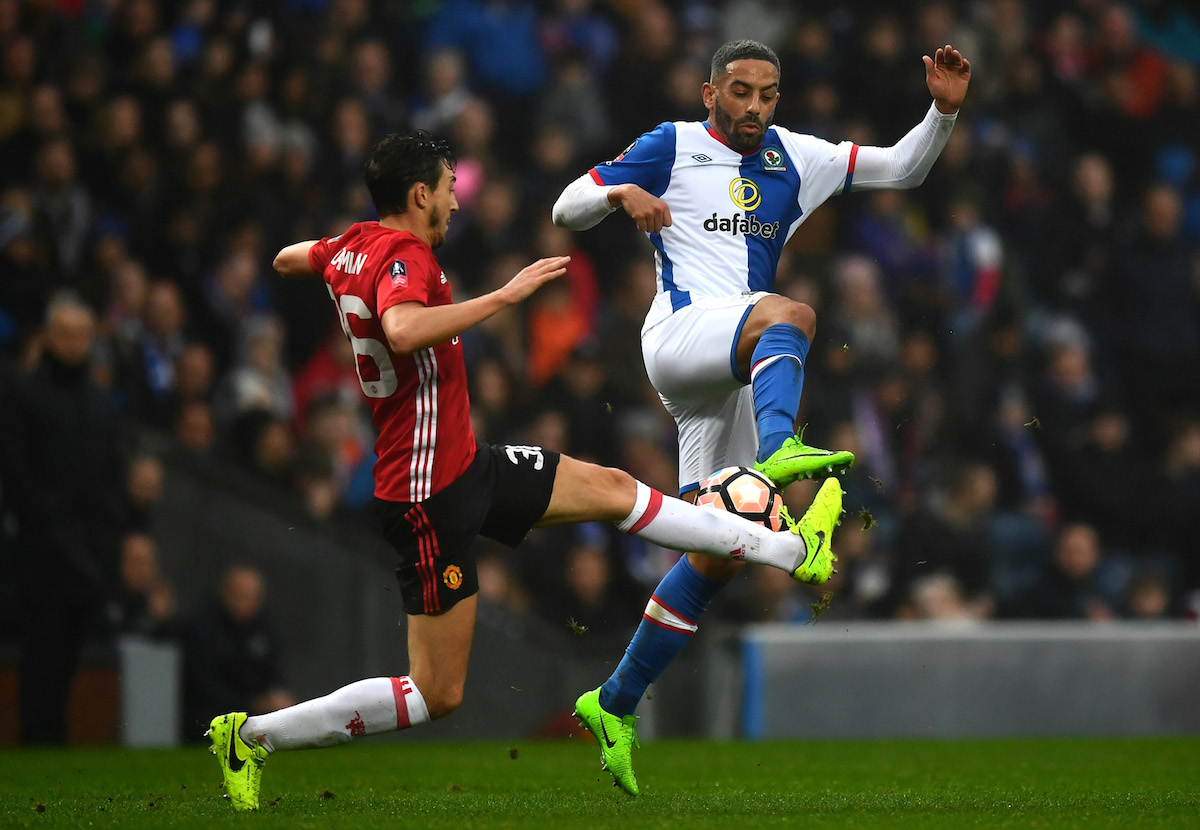 With Luke Shaw mysteriously out of the picture when it comes to Jose Mourinho’s starting XI this season, Daley Blind and Matteo Darmian have taken turns starting on the left of defence.

The Italian, who was given the nod at Ewood Park, did manage to make five interceptions and six clearances, but suffered throughout at the hands of Liam Feeney and Mahoney, as he was dribbled past several times, conceded three free-kicks and all of the home side’s dangerous crosses came from his flank.

Mourinho insisted today that Shaw remains part of his plans, but if the gifted youngster is unable to force his way back into the manager’s reckoning soon, the Portuguese coach may have to take to the transfer market to seek an upgrade at left-back in the summer.

Marvin Emnes is a handful for anyone on his day 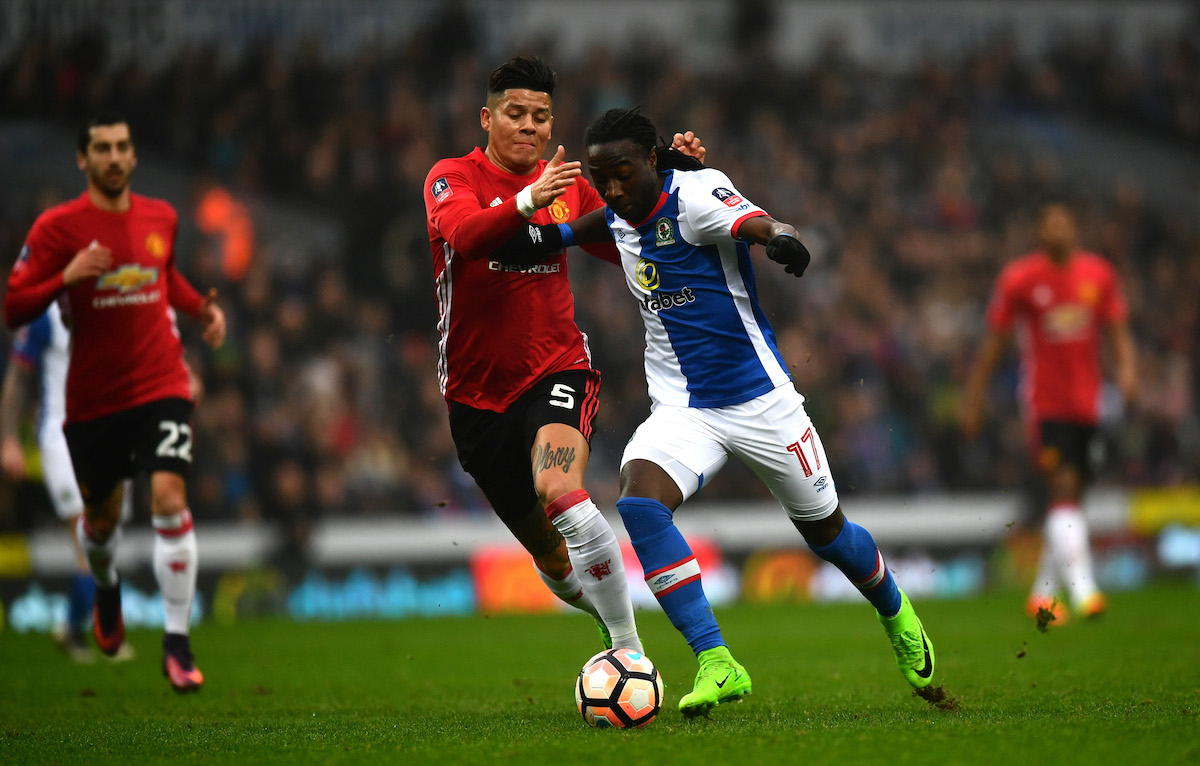 On-loan Swansea City forward Marvin Emnes was Blackburn’s standout performer, and a constant thorn in the side of the United backline.

The Dutchman produced a moment of inspired skill as he tricked his way beyond Marcos Rojo on route to slipping a perfectly weighted pass through for Danny Graham to open the scoring.

His confidence, touch, and willingness to get on the ball saw the 28-year-old dazzle in the final third for the home side.

With an assist and an astonishing 93.8 per cent pass accuracy, Emnes showed that he can trouble any defence when in the mood. 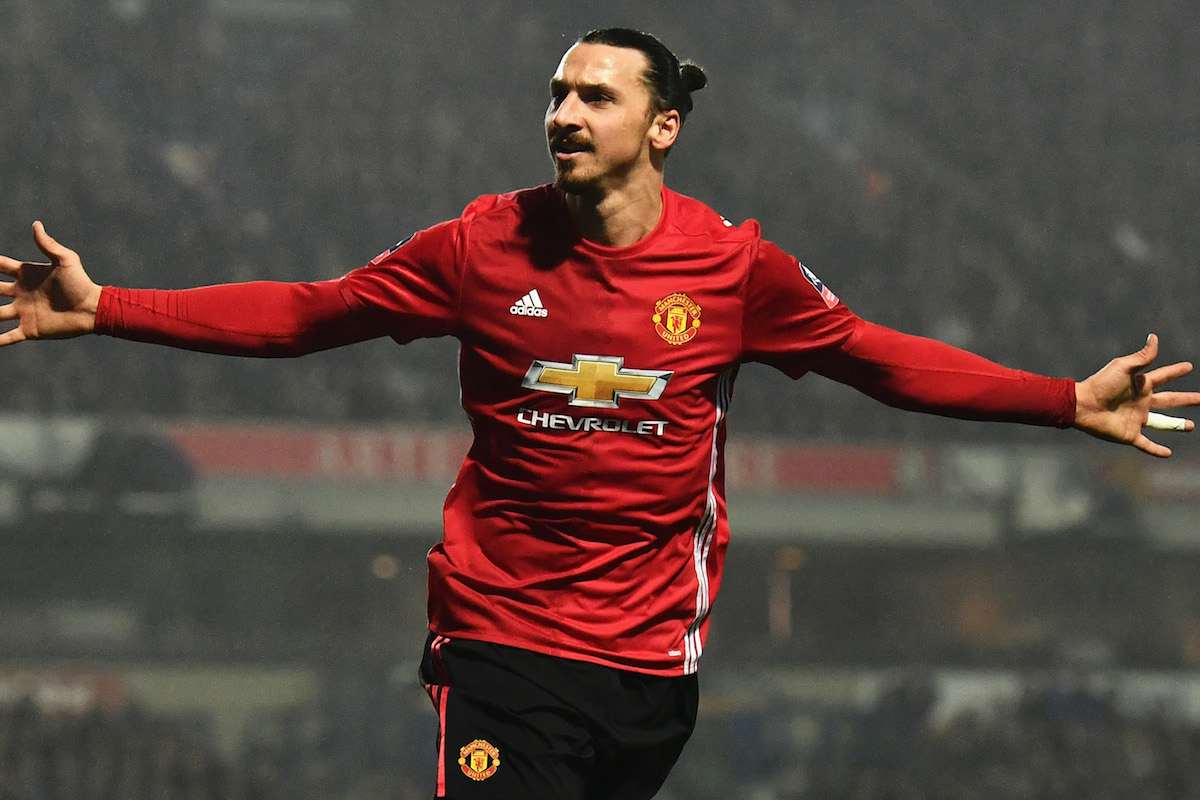 With the score tied at 1-1 ans just over an hour played, a frustrated Mourinho tunred to Ibrahimovic and Pogba to rescue a result for his side.

Marcus Rashford took his goal well in the first half, but almost as soon as the 35-year-old Swede took to the field, the away team looked a more dangerous proposition.

Ibrahimovic scored his 24th goal of the season just 13 minutes after coming on.

And after scoring all three of United’s goals against Saint-Etienne in the Europa League on Thursday, the Red Devils seem to struggle to score if the veteran No.9 isn’t firing on all cylinders. 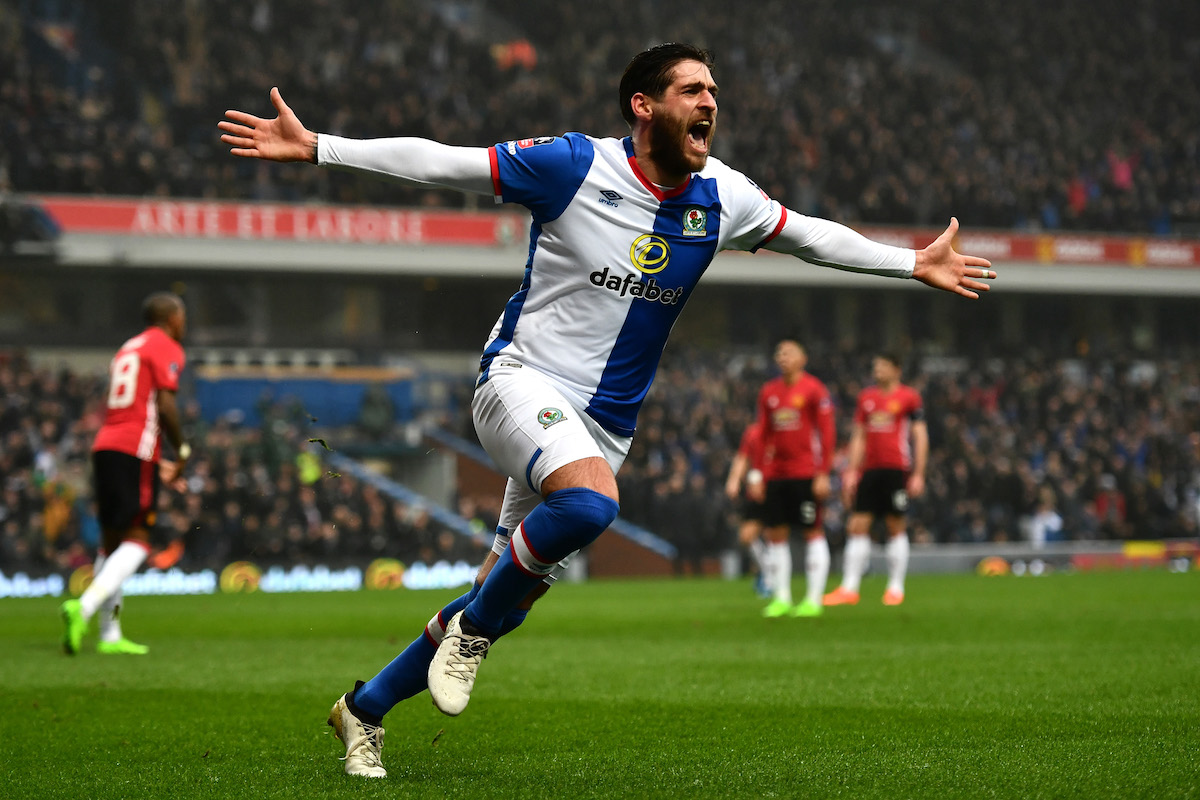 Currently second from bottom in the Championship, the way Blackburn raised their game and gave United as much as they can handle, shows that Owen Coyle’s men are capable of producing the kind of displays that will lift themselves clear of the relegation zone.

Undaunted by facing one of the most expensively assembled squads in the history of the game, Rovers hit the target six times to United’s three, completed nine dribbles and 75 per cent of their passes.

Despite the eventual defeat, this was exactly the kind of performance Coyle will now demand of his team on a weekly basis.