Swansea surprised pretty much everyone in the week as they overcame a half time deficit to beat West Brom. Can they follow it up? Find out with our Birmingham vs Swansea match preview with free tips, predictions and odds mentioned along the way.

Birmingham vs Swansea: Our Tips

Swansea have just won back to back league matches for the first time this season but we aren't backing them to make it three; we are, however, making the prediction they'll remain unbeaten, which would take that little run to four games without defeat. Birmingham's results of late have been poor with their last win coming eight games ago; since then they've taken just two points from 21. Why then are we backing a draw? There are two reasons; Birmingham are a better outfit at home and Swansea haven't won away in five. A point wouldn't be seen as a disaster by either side given their respective recent runs.

Our next prediction is simply saying that at least one team will fail to score in the game. You need to go back seven games to find a match where Birmingham were involved in a match with both teams scoring. For Swansea, their picture isn't nearly that clear but with three of their last five seeing just one team score it's still a pretty compelling argument to support our prediction. Both meetings between the sides last year ended with, at most, just one team on the score sheet as well.

It's not very often you throw out the prediction of a goalless draw but it's the one result we think makes lots of sense for this match. Birmingham have been involved in two 0-0 draws in their last five matches and Swansea have had three bore draws in their last 10 matches. Finally, in head to head terms the 0-0 draw is the most common score line across the last 10 meetings having occurred three times. Most recently that result happened last season!

Find the best odds for Birmingham vs Swansea

Birmingham haven't won a match for what will feel like an age to their fans. Scoring goals has been the biggest issue with just four goals scored in 10 and none in the last six. Calls for Troy Deeney to start have been growing. The Swansea fanbase meanwhile will be buzzing as it looks like their new look side is starting to click. With Michael Obafemi close to a return and Joel Piroe and Jamie Paterson seemingly clicking things really are looking up.

FAQ on Birmingham vs Swansea 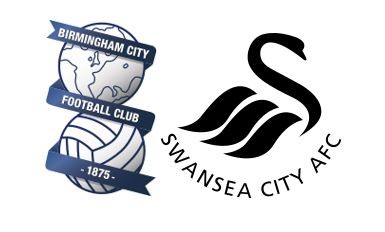