Birmingham and Stoke have started the new season with two wins from two. Something has to give as they face off but what? Find out with our Birmingham vs Stoke match preview with free tips, predictions and odds mentioned along the way.

We kick off our free predictions by backing Stoke to win. For starters they only suffered one loss in pre-season but two wins in their opening duo of games takes them to a record of three wins, a draw and a solitary loss from five matches. Birmingham meanwhile have won their two games of the new campaign also but, whilst it’s hard to read too much into pre-season games, there is a clear fragility about them. Stoke have the firepower to expose that; it’s what we think will happen.

It will be a high scoring game

Now we turn our attention to how many goals we'll see in the game. Our prediction is for there to be over 2.5 goals. Neither side has form that has the match nailed on for lots of goals but there is enough evidence available to suggest the betting odds offer value. Birmingham have averaged 3.0 goals per game across their last five with three of the five passing the all important mark of 2.5. As for Stoke, like their hosts, they too have seen a minimum of three goals in three of their last five. Their average over that period is also the same at 3.0 per match.

Sam Surridge had promised plenty at Bournemouth where he came through the ranks but delivered little on the goal scoring front. His move to Stoke though looks to be working wonders though. He came off the bench for the final 18 minutes last Saturday to net the winner. That earned him a start in the cup on Tuesday and opened the scoring in that game too. He was subbed early too, which might indicate he's in his gaffers thoughts as they travel to  Birmingham. If he plays, he'll be in a confident mood.

Check out the best odds for Birmingham vs Stoke

Both these teams have made dream starts to the season by winning their first league fixture and then progressing in the cup. It lines this match up nicely for just the second game week of the season with little between the squads. For Birmingham, Man Utd loanee Tahith Chong showed some real signs of quality last week; he looks to be their biggest threat. For Stoke, Surridge is one to watch but Nick Powell is the real main man.

Final questions on Birmingham vs Stoke 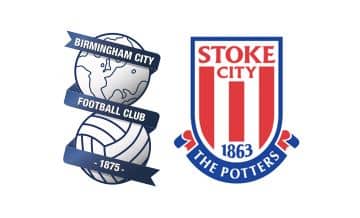