Peterborough have looked some way off the standard required in their last couple of games and remain firmly in the relegation spots. Can they pull out a win here to leapfrog Reading? Find out with our Birmingham vs Peterborough match preview with free tips, predictions and odds mentioned along the way.

Posh to do the Brum double

If you didn't guess from the heading, Peterborough have already beaten Birmingham once this season and they beat them in such a manner that they'll fully fancy their chances of taking maximum points again here. We agree. Birmingham aren't exactly playing well. They've won just one of their last eight games and that was last time out against bottom club Barnsley. Peterborough have won two of their last five games and whilst they have been well beaten in their previous two games both defeats have come against teams with promotion aspirations; this Brum team isn't nearly at that level.

Next up in our tips for Birmingham vs Peterborough is an over 2.5 goals tip. Each of Peterborough's last five games have passed the 2.5 cut off with Birmingham going north of 2.5 goals in three of their last five matches. Even longer term form points to an over 2.5 goals be being the way to go too; Birmingham sit on a 2.5 average this season to date whilst Posh have averaged 2.9 per game. Of course, we've already touched on the game the two teams played out earlier this season; that saw three goals as well.

Check out the key stats & form for Birmingham vs Peterborough

Birmingham are probably just about safe from any fear of relegation but defeats against the likes of Peterborough won't exactly inspire confidence for the season ahead. By contrast, if Peterborough can beat Birmingham here it could be the catalyst they need for them to start digging their way out of trouble.

Birmingham just about saw off Barnsley in their last game and this is a really good chance for them to record back to back victories; they've not managed that since late October/early November. They'll need to dig deep for this one though as they have a few players missing with Troy Deeney perhaps the most high profile.

Peterborough have lost back to back games and remain in the bottom three as a result. Their home game against Birmingham saw arguably their best performance of the season so their fans will be reasonably expectant of a good showing here if nothing else.

A brief FAQ ahead of Birmingham vs Peterborough 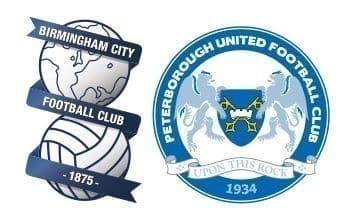