In the article, we will give you our top betting tips and predictions on the Birmingham vs Notts Forest event. You can find more Championship betting tips on our site for all upcoming fixtures.

Our experts reviewed all relevant data and statistics to come up with the following free betting tips. Our recommended bookmaker for this match is Ladbrokes.

All of the prices listed in the list above are subject to change, which means that before you place any wagers, you need to see if they have changed and decide if you are okay with the change (if they have).

In Birmingham's last five games their form got better and they won or drew three of them, only losing one. Playing on their home field has also been lucky for them considering that they have an 80% win rate in their last five games played on St. Andrew's.

Birmingham has scored a maximum of two goals per game in the last ten games they played, and not all of the games ended with Birmingham scoring. On average the Blues have scored 0.8 goals per game during the whole Championship. Notts Forest's average is also 0.8, so we don't believe that the total number of goals would be more than 2.5 during their match.

Lukas Jutkiewicz is Birmingham's second-best scorer in the Championship with five goals and three assists. We could be picking Scott Hogan for this, but considering he was injured recently, we decided to pick Jutkiewicz to score anytime. He scored three goals in the last six Blues matches.

Recent Statistics and Data for the Birmingham vs Notts Forest Match

In the tables below, you can read about the latest fixtures involving both clubs and the scores of those matches among other data.

When it comes to injuries, Birmingham will miss forward Caolan Boyd-Munce and midfielder Jon Toral (hamstring), who is set to come back in late May. Nottingham Fores, on the other hand, will be missing quite a few players.

To start with defenders Figueiredo and Bong, then midfielders Bachirou and Arter, and end our list with forward Joe Lolley. Birmingham will most likely win on Wednesday considering 80% of Notts Forest's last ten games ended with either a loss or a draw. Also, looking at the latest scores for both teams, there won't be many goals. 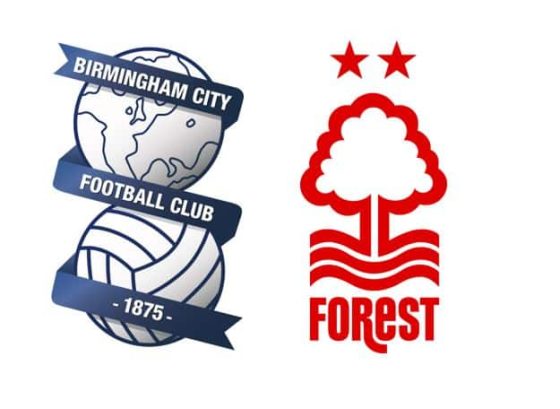 Important Questions and Answers About the Fixture