Both these sides got wins on Saturday but who will follow them up with another three points when they lock horns on Tuesday? Find out with our Birmingham vs Bristol City match preview with free tips, predictions and odds mentioned along the way.

Brum to get the job done

We kick off our tips by backing Birmingham to win. They've put in two highly impressive displays to beat Swansea and win at Middlesbrough in their last two outings. They host Bristol City and whilst the Robins won last time out context is needed; that context is that they had lost three on the bounce prior to their recent win and that win came against a Barnsley side on the floor confidence wise. This will be a much tougher test and they've only won one of their last five against Birmingham.

Birmingham's form might not point to an over 2.5 goals bet with just two of their last five ending north of that threshold but there is enough elsewhere to show that the over 2.5 odds carry value. Firstly, Bristol City have gone over 2.5 in four of their last five games with an average of 3.2 goals per game in that period. Then you have the head to head record as well. Three of the last five meetings between Birmingham and Bristol City have seen at least three goals.

A prediction of over 2.5 goals doesn't mean that both teams have to be involved in the scoring; we don't think they will be though. Both teams have only scored in one of Birmingham's last five matches and two of Bristol City's last four have seen a nil in the score line. Again, we can look at the history of the fixture too. Both meetings between the sides last season saw one side fail to find the back of the net. The both teams to score ‘no' bet is another that offers value if not guarantee.

Find the best odds for Birmingham vs Bristol City

Birmingham have won back to back to matches after seven games without a win and things look much better now with regards to the table. The other big positive for the Blues in the last week has been Troy Deeney; he's scored and assisted to take his total goal involvements to three for the season. If he can find form he'll be a huge player for them from here on out. Bristol City haven't been enjoying much success this season either but a win over Barnsley was a) positive but b) essential. Andreas Weimann scored his first goals since August in that win and will hope to net again here.

FAQ on Birmingham vs Bristol City 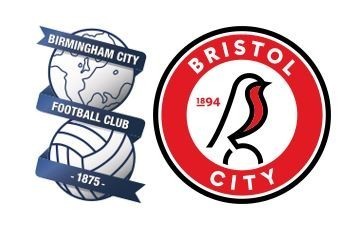