Barnsley have seen their fortunes collapse from last season as they now sit rock bottom of the Championship. Can they give themselves a much needed lift by beating Birmingham? Find out with our Birmingham vs Barnsley match preview with free tips, predictions and odds mentioned along the way.

We kick off our predictions by backing Barnsley to win this game. Don't get us wrong, the Tykes are not in good shape having won just once in their last 10 games as well as finding themselves rock bottom of the league. They're playing a rather woeful team as well though. Birmingham also have just one win from their last 10 games. They also roll into this game off the back of an absolute hammering at the hands of Fulham meaning their confidence will be on the floor. The final reason we fancy Barnsley to sneak a result is because their head to head record against Brum is decent; they've won two of the last three meetings and have lost just two of the last 10.

Our next prediction for this game is that at least one of the two teams will fail to score. We've already touched on the fact that both teams have been struggling for form and a lot of that comes from a lack of goals. Barnsley are the leagues lowest scorers by an absolute distance having scored just 16 in 24 games. Birmingham have only netted 26 in as many games; that's the sixth worst attack in the division. With two such poor offensive setups going at each other it wouldn't be a surprise if one of them blanks.

Check out the key stats & form for Birmingham vs Barnsley

Birmingham might be sat in a lofty position compared to Barnsley but that's only because of how bad Barnsley are. Birmingham have to win this sort of game if they want to avoid a real sticky end to the season. Barnsley meanwhile need to win these games if they want to close the gap to safety.

Birmingham have struggled for wins, they have struggled in scoring goals and, after their last game, they're not doing much better at keeping them out. They need to find a solution at one – if not both – ends of the pitch very soon to avoid a relegation battle.

Barnsley are worlds away from where they ended last season and relegation looks almost nailed on. This is a good chance to get a result though. It needs to happen soon though because time is running out for the Tykes.

A brief FAQ ahead of Birmingham vs Barnsley 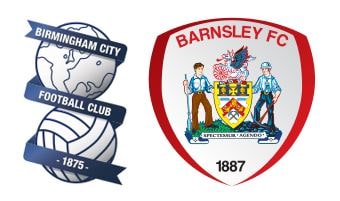