Birmingham City and Huddersfield Town lock horns at St. Andrew’s Stadium on Friday, August 5th. The Blues play their first home match of the new Championship season against the Terriers. Read our free predictions and find the latest odds for the fixture below in our detailed match preview.

Huddersfield have lost only one of their six previous encounters with Birmingham ahead of Friday’s Championship tussle. Read our top predictions for this week’s fixture below.

Huddersfield limped out of the blocks in a 1-0 reverse at home to Burnley in their campaign opener last week, though the Terriers could be worth backing to put their first points on the board when they visit St. Andrew’s to play Birmingham on Friday evening. Town have a fine record against the Blues and alongside beating City on their last visit there, they have avoided defeat in five of their last six skirmishes with Birmingham overall. That record is difficult to ignore and a stake on Huddersfield in the double chance market appeals as a consequence.

Huddersfield weren’t the only team to draw a blank in front of goal on the opening weekend of the new Championship season. Birmingham City were involved in a drab 0-0 stalemate with Luton Town and both the Blues and the Terriers looked alarmingly short of bite in the final third.  Each of the last three meetings between these clubs have produced under 2.5 goals and we’re tipping Friday’s fixture to follow suit.

Check out our list of the best stats for Friday’s game below alongside a tool to help you choose the best odds.

Read all of the injury updates and team news for Friday’s Championship clash between Birmingham City and Huddersfield Town below.

Adan George will be out until later this month as he recovers from an ACL injury, though Birmingham have few fitness concerns elsewhere. New manager John Eustace deployed the Blues in an unusual 3-4-1-2 formation against Luton and the same set up could be used on Friday.

Huddersfield have close to a clean bill of health this week with defender Matty Pearson the club's only doubt at present. Town were completely out played by Burnley last week and the margin of defeat could have been far greater had the Clarets been a little more clinical. 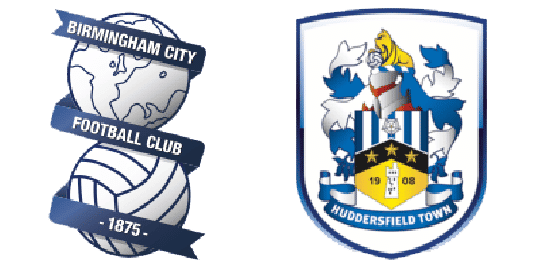 Is this match on TV?

Birmingham City vs Huddersfield Town is not being shown live on TV in the UK.