Bill Nicholson was the definition of a one-club man. Born in Scarborough in 1919, he joined Tottenham in 1936 as a youth player and made his debut for the London club two years later. He spent his entire playing career with Spurs, making 314 appearances and scoring six goals for the club over seventeen years playing primarily as a half-back. Upon retiring from playing he became a coach, and was appointed Tottenham manager in 1955. He wouldn’t manage any other team. 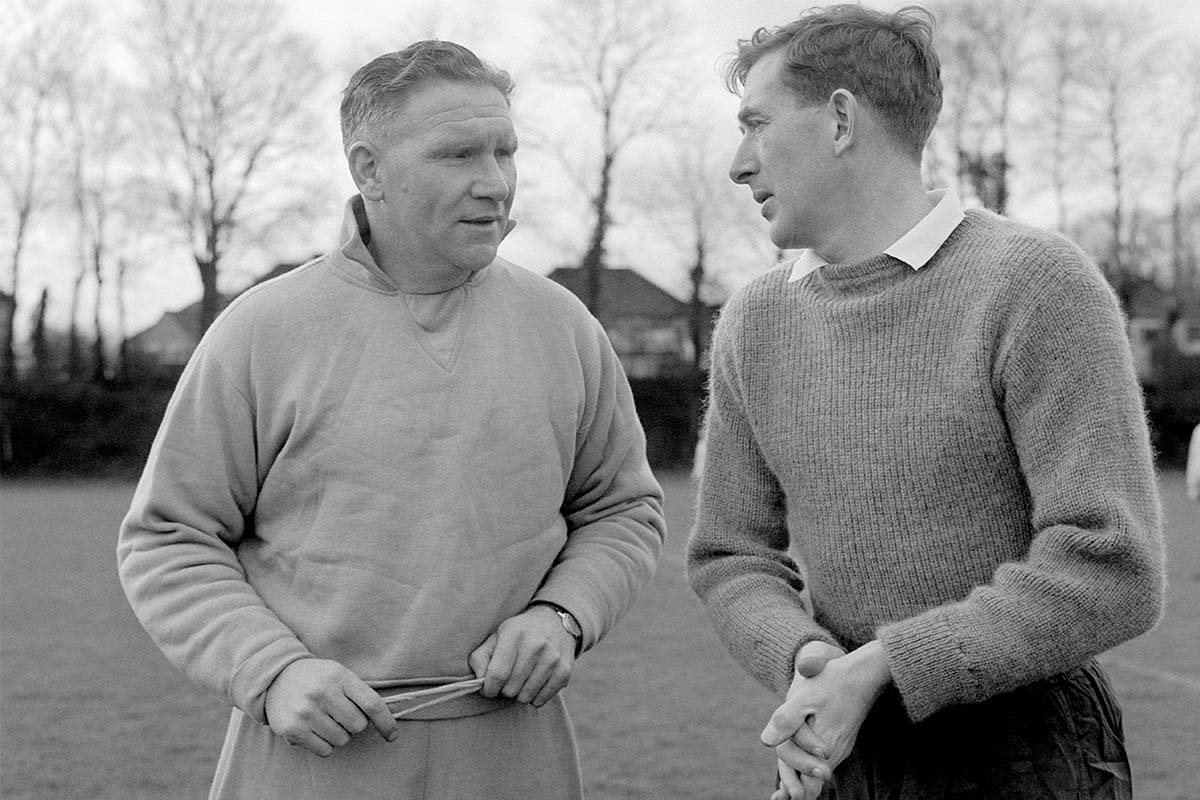 Between gaining his coaching badges and taking charge at White Hart Lane, Nicholson was invited to assist England in their preparations for the 1958 World Cup in Sweden as the country began to introduce the concept of having backroom staff to football teams. Charged with scouting Brazil ahead of the Three Lions’ final group stage game, he reported that it was necessary to stop Didi to stop the Selecao. Manager Walter Winterbottom did as advised, and England obtained a 0-0 draw against the eventual world champions.

Showing an acute attention to detail, Nicholson was then appointed Tottenham manager as the successor to Jimmy Anderson. This was no surprise at the time; Nicholson had been viewed by many as the heir apparent to previous manager Arthur Rowe. And, while his first season in charge was not particularly spectacular, with an eighteenth-place finish in the First Division, two years later he would guide the club to a league and FA Cup double. Tottenham were only the third English club to achieve this feat, following Preston North End in 1889 and Aston Villa in 1897. On top of that, their thirty-one league wins that year remains an English record for most wins in a single top-flight season.

Nicholson’s Spurs would then retain the cup before becoming the first ever English side to lift a European trophy: the Cup-Winners’ Cup in 1963, beating Atletico Madrid in emphatic fashion with a 5-1 scoreline courtesy of doubles from Jimmy Greaves and Terry Dyson and one from John White – all of whom were Nicholson signings.

Another FA Cup victory followed in 1967, as did League cup wins in ’71 and ’73; in between Tottenham won the UEFA Cup in ’72. While another domestic title wasn’t to be, the level of success Nicholson had with the club has not been replicated since.

Today, Tottenham are traditionally one of the average English football fans’ favourite ‘other’ clubs. This is in large part due to their style of play, which is generally perceived to be attack-minded and aesthetically pleasing. This perception can be traced back to Nicholson, who built on the push and run approach of Rowe before him.

The style of play in fact predates Nicholson, going back all the way to one of his first ever managers at Tottenham, Peter McWilliam. An authoritative, uncompromising Scotsman, McWilliam was swayed by ‘the Scottish way’ while playing for Newcastle United. A team-mate, Bob McColl, who had been signed by the main instigators of the Scottish short-passing, collective-based style, managed to convince McWilliam of its benefits.

Nicholson came into the Tottenham first team during McWilliam’s second stint in charge between 1938 and 1942 and was thus instantly imbued with his manager’s ideals. When asked to speak about his stylistic principles, McWilliam once said, “I always tell (players) to treat the ball as their best friend and always to pass it with care and consideration. Belting the ball…has no place in the Tottenham way of doing things.” The ‘Tottenham way’ was thus born out of ‘the Scottish way’, and soon it would become Nicholson’s way.

This tactical influence would eventually extend well beyond London, however. The only two Englishmen ever to coach Barcelona – Terry Venables and Bobby Robson – learned their trade from McWilliam disciples. The former played for the club during Nicholson’s reign, between 1966 and 1969; the latter played for Vic Buckingham’s Fulham between 1965 and 1968.

Nicholson’s meticulous eye for detail was something that extended beyond his managerial career. It was no coincidence that both before and after he guided Tottenham to concerted success he acted as a scout; beforehand he helped Winterbottom’s England for the 1958 World Cup, while afterwards he was appointed Chief Scout by Ron Greenwood’s West Ham. This particular aspect of Nicholson’s personality ensured he was able to steer Tottenham consistently for the best part of two decades, allowing him to build and rebuild the team effectively when necessary.

He was also extremely considerate, another characteristic that prolonged his time as Spurs manager. This was shown when he signed Greaves in 1961. Greaves had struggled abroad with AC Milan and, aware of the player’s having just endured a difficult period of his career, Nicholson made sure not to add pressure to the striker by signing him for a fee of £99,999 rather than £100,000. Consequently, Greaves did not join Tottenham weighed down by the additional expectation of being the first ever £100,000 signing. 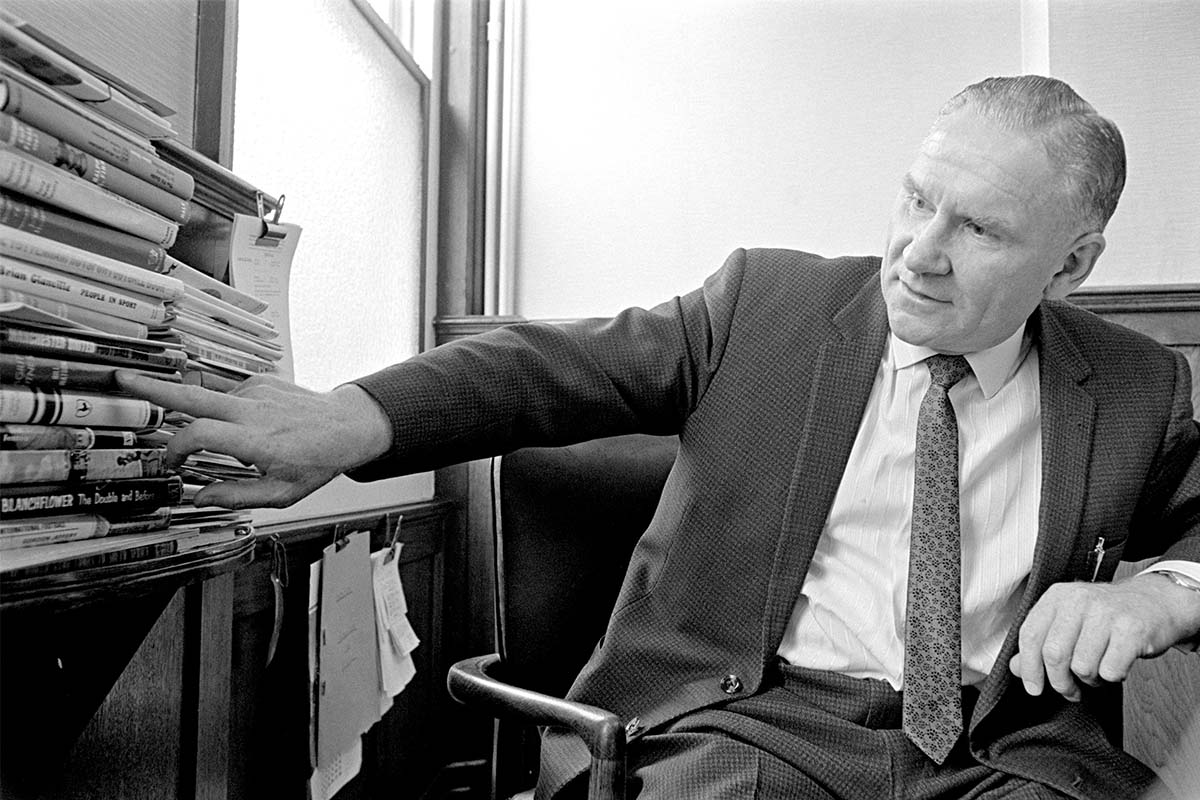 Nicholson’s achievements with Tottenham were enough to safeguard his place in the club’s, and the country’s, footballing history books. Any question marks that remained about his ability to manage were dispelled rather conclusively following his departure from the club in 1974; within three years they would be relegated to the Second Division.

Tactically, he isn’t considered to be a great innovator. Indeed, Nicholson was evolutionary as opposed to revolutionary; he took a style of play already embedded with Tottenham by McWilliam and Rowe, refined and enhanced it, and won titles with it to ingrain it further as one of the club’s intangible but core tenets that stands to this day.

What does stand out as something that was special and unique, however, was Nicholson’s ability to build and manage teams. He disliked speaking to the press and preferred to focus on his players as opposed to his own work, and was an excellent scout with a keen eye for a player.

Modest, loyal and principled, Nicholson was the original team-builder.