When it was first revealed Liverpool held an interest in Xherdan Shaqiri it was met by a lukewarm response from Reds fans. It was around the time the club reportedly pulled the plug on the Nabil Fekir deal and people were putting two and two together and getting five, wrongly assuming the Swiss bulldozer was an alternative to the French international.

For that reason alone, many weren’t sold on the idea of signing the Stoke City powerhouse. Fekir had been dangled in front of them and though it was clear the former Bayern Munich man wasn’t being targeted instead of him, the scars from previous transfer windows were simply too much for some. After all, the Reds settled on Mario Balotelli after missing out on Alexis Sánchez and it takes some time to recover from that.

But the dust has settled on the Fekir debacle with recent reports suggesting a deal may be struck after the World Cup. People are now beginning to see the bigger picture and the Shaqiri hype train is quickly filling up.

Make no mistake about it, though, Liverpool have pulled off a coup. A fee of £13.5million is nothing in the modern market yet for that modest sum, the 2017/18 Champions League finalists have managed to sign a serial winner with 74 international caps to his name.

And, stylistically at least, the 26-year-old is not too dissimilar to Thomas Lemar. It means the Reds have managed to find a player with a similar profile to the Monaco star but for the fraction of the price, allowing them to divert funds elsewhere if they feel other areas needs strengthening.

It’s the latest in a long line of moves which mean the transfer committee at Anfield are now one of the best in the business.

It’s clear why Liverpool were so keen on the Switzerland international. He’s got a point to prove and this is perhaps his last chance to make it with a big club. The bodybuilding ballerina steps up when he’s surrounded by quality, he did so when in Bavaria, and there’s no reason he can’t be as productive when lining up alongside Mohamed Salah, Sadio Mané and Roberto Firmino.

But his versatility gives manager Jürgen Klopp a number of possibilities heading into the new season.

Here, we take a look at where the one-time Basel wonderkid might fit into the starting XI at Anfield. And for those wondering, Fekir's not been included because he's not a Liverpool player.

In place of Mané on the left 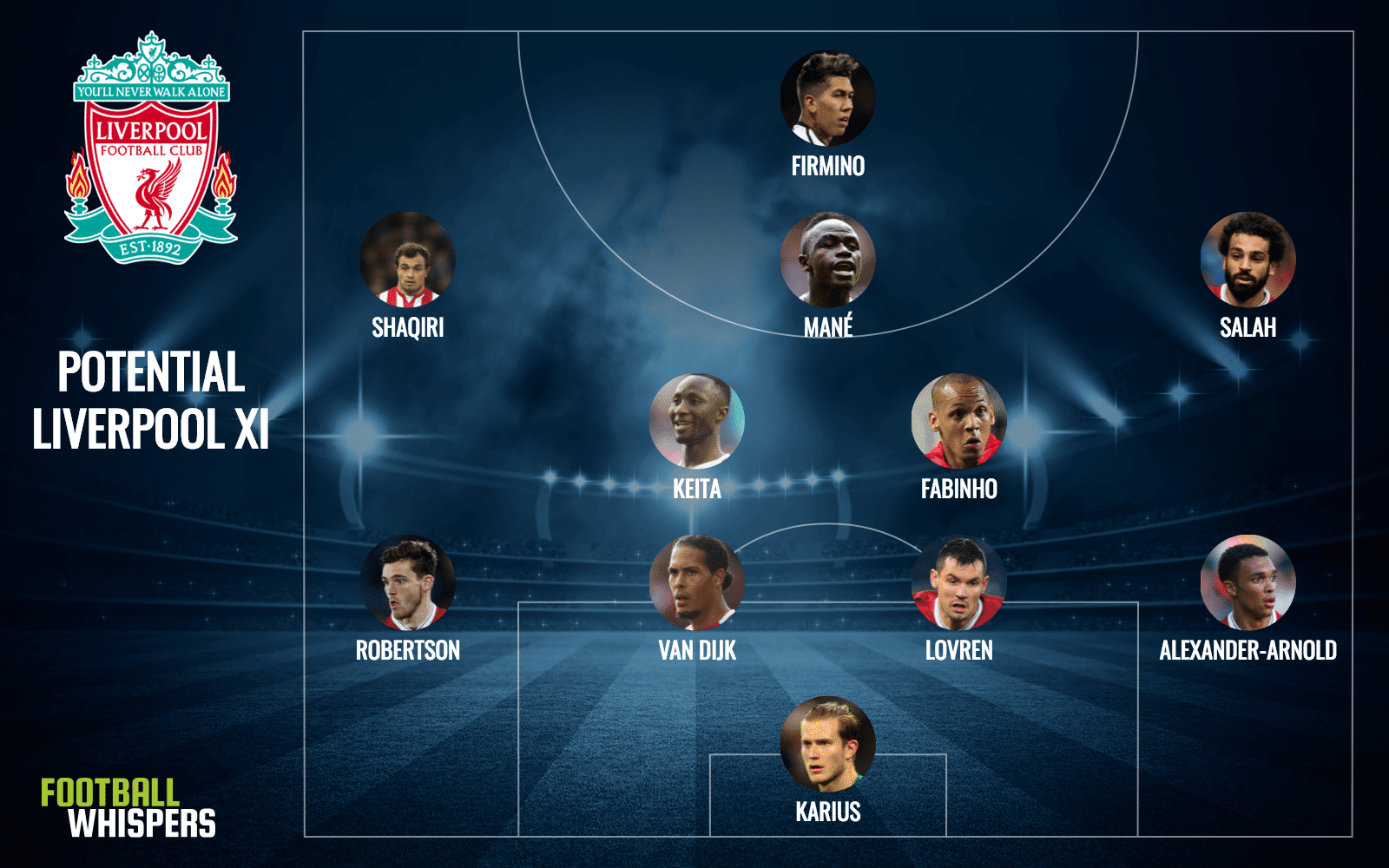 He's arriving as back-up to all of Liverpool's preferred forward three, but his signing may have the biggest impact on Mané. After Philippe Coutinho left, the Senegalese speedster took over his mantle as chief creator and he thrived with the added responsibility.

He was forever drifting inside from the left and taking up central positions. From a more attacking midfield role, he was able to pull the strings and showcased his ingenuity on a regular basis, providing the ammunition for Salah and Firmino.

Signing someone to play on the left allows Mané up to play as more of a creator and gives him more freedom to influence proceedings from wherever he deems fit.

Shaqiri would still be able to roam, like all Liverpool forwards are, but when out of possession he would take up the position on the left and that's where his starting position would be.

As an attacking midfielder 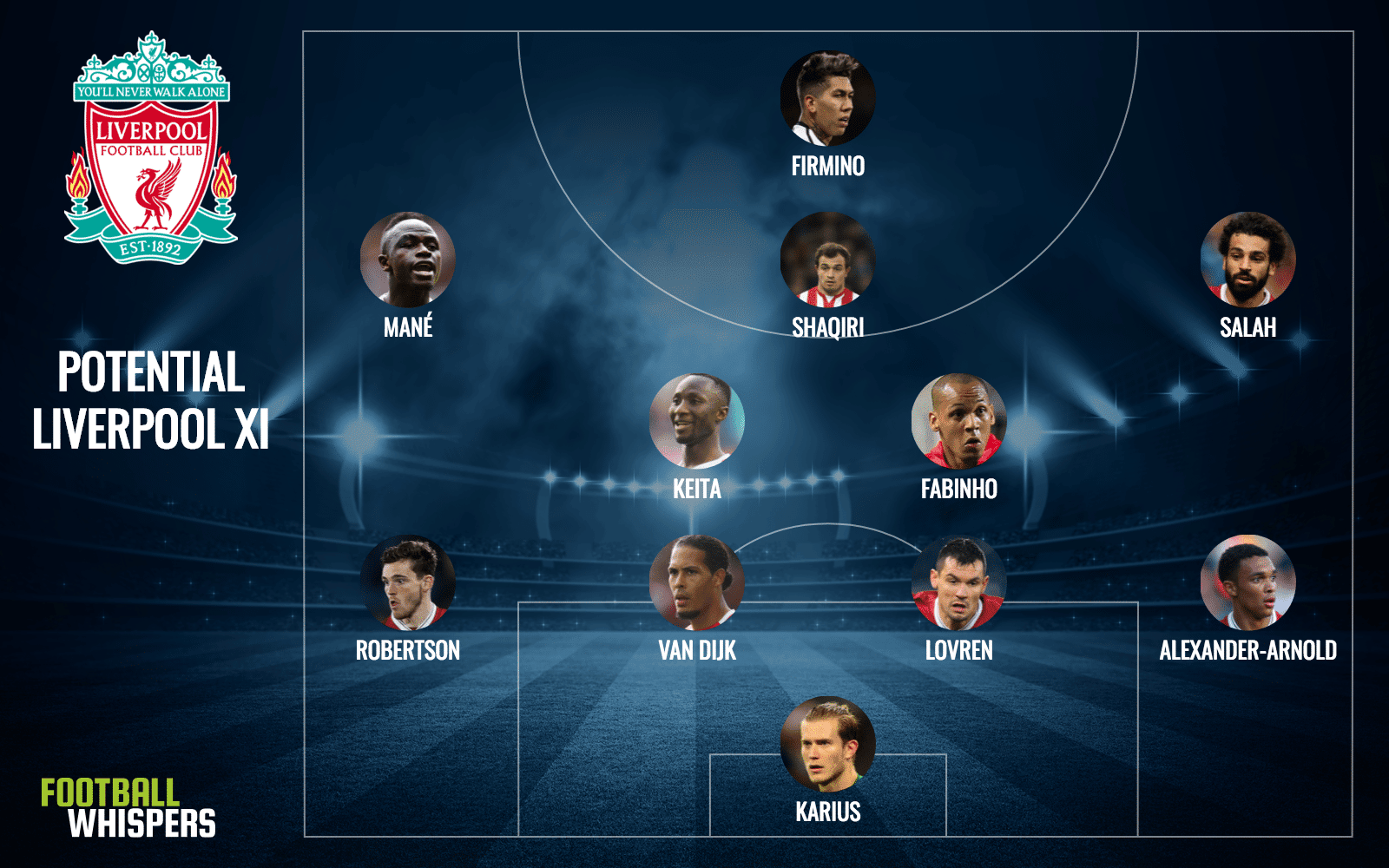 It may seem a strange move to task Shaqiri with being the creator given the fact he's famed for being a pacey winger.

But he's got much more to his game than just pace. He's a goal threat, chipping in with 0.23 per 90 minutes last season, and he's something of a creative force, averaging 0.2 assists per 90 during the 2017/18 campaign. For context, he assisted more times than £60million-rated Wilfried Zaha and £40million-rated Tottenham transfer target Richarlison.

Shaqiri also averaged more than two key passes per 90 minutes while playing for a Stoke side battling relegation. One thing that remains the same, no matter where he's plying his trade, is his number of key passes per 90. It’s always around the two mark and at Inter Milan he was averaging 3.53.

While playing at the San Siro his expected goals + expected goals assisted per 90 was 0.47 and it was an impressive 0.84 at Bayern Munich. When surrounded by quality he steps up.

He could be the creative hub who allows Mané, Firmino and Salah to concentrate on scoring goals.

As part of the midfield three 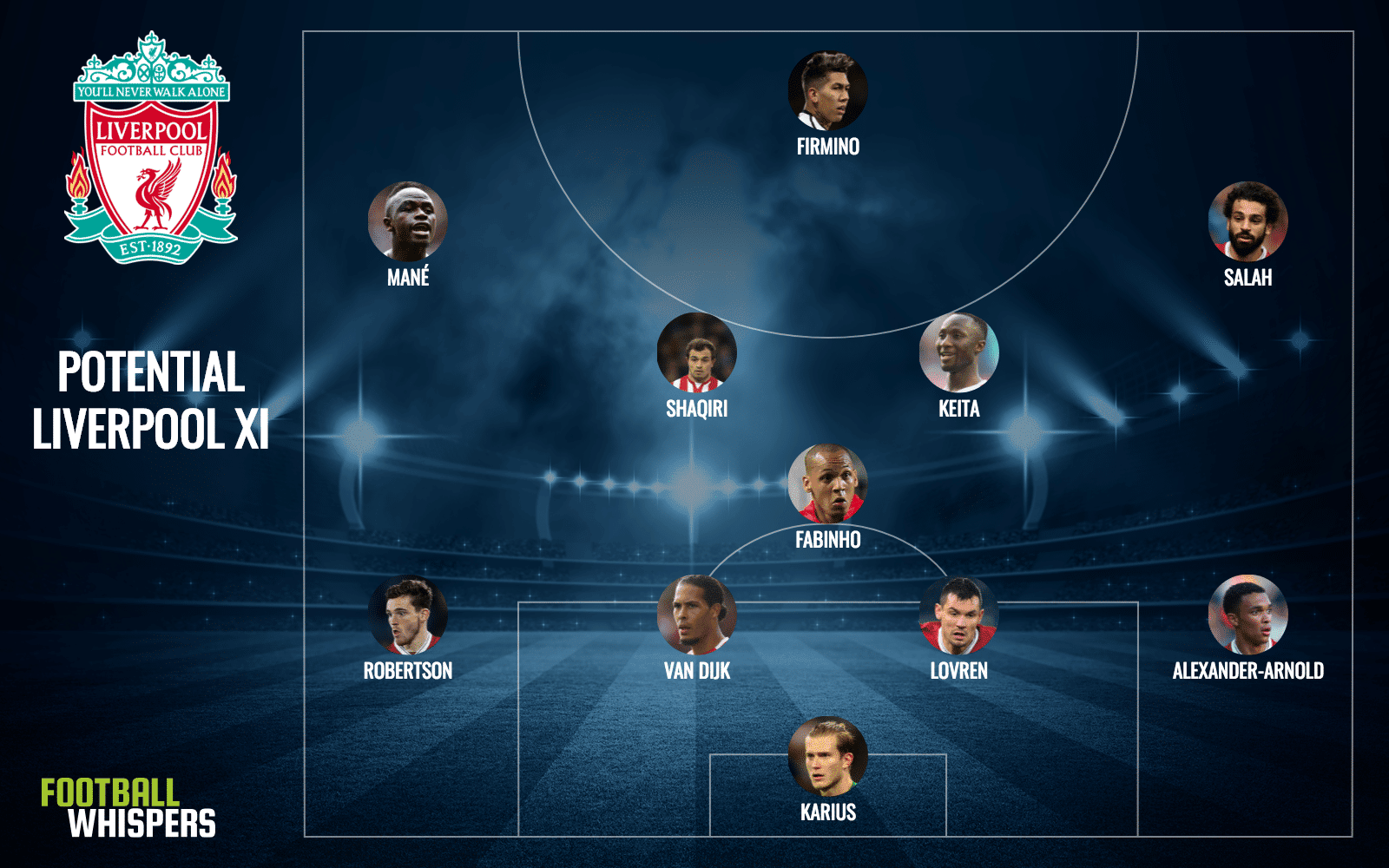 This might seem odd but Shaqiri played a similar role for Stoke last season. On paper, they lined up in a 3-4-3 shape but Shaqiri would drop deeper and almost act as a third central midfielder. The left wing-back would they take up the vacated space and it allowed the Switzerland international to dictate proceedings.

He could pick up the ball and ping diagonal passes to stretch the play and, at times, carry it forward, beating the opposition with his sheer power and speed. He was breaking the defensive lines and joining the play a little later, acting like a box-to-box midfielder. It allowed him more time on the ball, too.

The roaming midfielder in the Liverpool system is given the freedom to join the front three, often making it a four, but without the ball they're expected to drop in. Shaqiri isn't the most dilligent defensively but with Fabinho and Naby Keïta alongside him, midfielders used to playing in a two and covering a lot of ground, it might not be as much of an issue as it might have been last season.

All in all, Shaqiri represents superb value for money and gives Klopp a lot of options heading into the new season. Something Liverpool lacked off of the bench during the 2017/18 campaign.